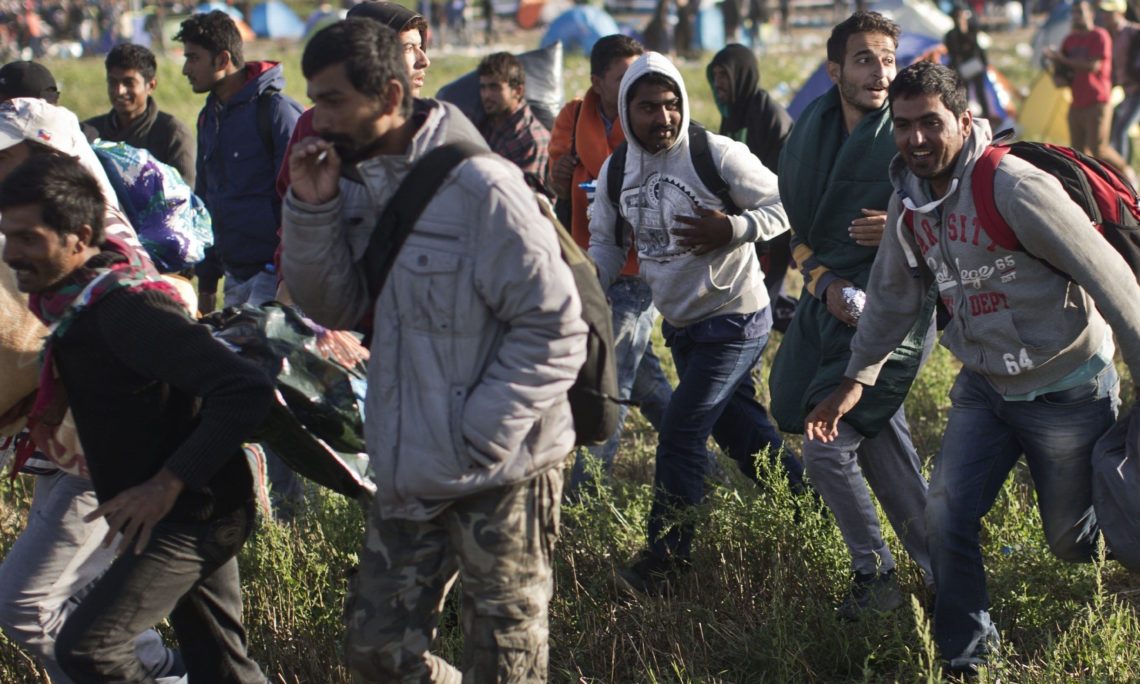 MYTH: The United States is not doing much to help refugees.

FACT: The United States is the largest single humanitarian donor, providing billions of dollars per year to provide millions of the world’s most vulnerable people with life-saving assistance. The State Department’s Bureau of Population, Refugees, and Migration (PRM) provides protection, eases suffering, and works to resolve the plight of persecuted and uprooted people around the world. We do this on behalf of the American people by providing life-sustaining assistance, working through multilateral systems to build global partnerships, promoting best practices in humanitarian response, ensuring that humanitarian principles are thoroughly integrated into U.S. foreign and national security policy, and encouraging other countries to do the same.

MYTH: The United States is really not helping Syrian refugees.

MYTH: The United States does not bring refugees to our country, no matter how desperate their situation.

FACT: The U.S. Refugee Admissions Program embodies the United States’ values of compassion, generosity, and leadership in serving vulnerable populations. The United States is the largest refugee resettlement country in the world, having welcomed more than three million refugees since 1975, helping them build new lives in all 50 states. The U.S. Refugee Admissions Program has brought to the United States 70,000 of the world’s most vulnerable refugees in each of the past three years, and plans to increase that number to 85,000 in 2016 and 100,000 in 2017. These refugees have added an immeasurable amount to the richness of American culture, contributed to our economic strength and honored our core values as a nation, engraved in our Statute of Liberty.

FACT: All refugees of all nationalities considered for admission to the United States are subject to the highest level of security checks of any category of traveler to our country, involving multiple federal intelligence, security and law enforcement agencies, such as the National Counterterrorism Center, the Federal Bureau of Investigation, and the Departments of Homeland Security, State and Defense, in order to ensure that those admitted are not known to pose a threat to our country. The safeguards include biometric (fingerprint) and biographic checks, and an interview by specially trained DHS officers who scrutinize the applicant’s explanation of individual circumstances to ensure the applicant is a bona fide refugee . Mindful of the particular conditions of the Syria crisis, Syrian refugees go through an enhanced level of review.

FACT: The U.S. resettlement program is, at its core, a grassroots endeavor. Federal money comes into a local community to fund services for refugees, but it is local community organizations, churches, and volunteers that determine how the funding will be balanced with private resources to serve arriving refugees. Every year, the State Department and its partner resettlement agencies consult with local governmental authorities and relevant stakeholders to discuss the size and scope of the refugee caseload proposed for each local community. In addition, most states have a designated state refugee coordinator, usually a government employee, who coordinates regularly on the process.

MYTH: The United States government is secretive about the numbers of refugees that are resettled and where in the U.S. they are.

FACT: The Worldwide Refugee Admissions Processing System website provides reliable, searchable data on refugee admissions back to 2002. Anyone can create reports that reflect country of origin, state of destination, gender, age, religion, or other statistics on resettled refugees.

MYTH: Syrian refugees resettled here are dangerous to my community.

FACT: The Syrian refugees we consider for admission to the U.S. are overwhelmingly women and children. Men who are considered for refugee admission to the U.S are usually attached to families. Refugees are far more likely to be the victims of terrorism than they are to pose any threat to anyone. Since January 1, 2010 nearly 3,000 Syrian refugees have been admitted to the United States, and only after the most extensive level of security screening of any category of traveler to the United States. None have been arrested or removed on terrorism charges.

MYTH: Refugees are an undue burden to the U.S. taxpayer when they come to the United States.

FACT: The U.S. resettlement program is predicated on able-bodied adults obtaining jobs and supporting themselves and their families as soon as possible after arrival. And while it can be difficult for newly arrived refugees to find employment within a few short months after arrival, especially during times of general economic hardship, they tend to make it happen. In fact, a study conducted in Cleveland, Ohio found that refugees placed in the Cleveland area typically found employment within five months of their arrival in the United States.

MYTH: The refugees we see on TV are actually economic migrants, just looking for better opportunities, not fleeing danger.

FACT: When discussing refugees and migration, words matter. A migrant is a person who leaves his or her home country for any of a variety of reasons: to reunite with family, flee war and conflict or environmental degradation, or to seek a better life. A refugee is someone who has fled his or her home country and cannot return because he or she fears persecution based on religion, race, nationality, political opinion or membership in a particular social group. A refugee is only resettled in the United States, after a DHS officer has determined that he or she meets the U.S. legal definition of a refugee.

There are important distinctions between the current migration crisis in Europe and the U.S. Refugee Admissions Program, which for 30 years has functioned in an orderly, deliberative, safe, and successful manner. Refugees in our resettlement program only enter the U.S. after a long process that includes interviews with immigration officers and a battery of security checks.