Home Home / News & Events / After the fire, National Museum Researchers Will Continue Their Work in the United States 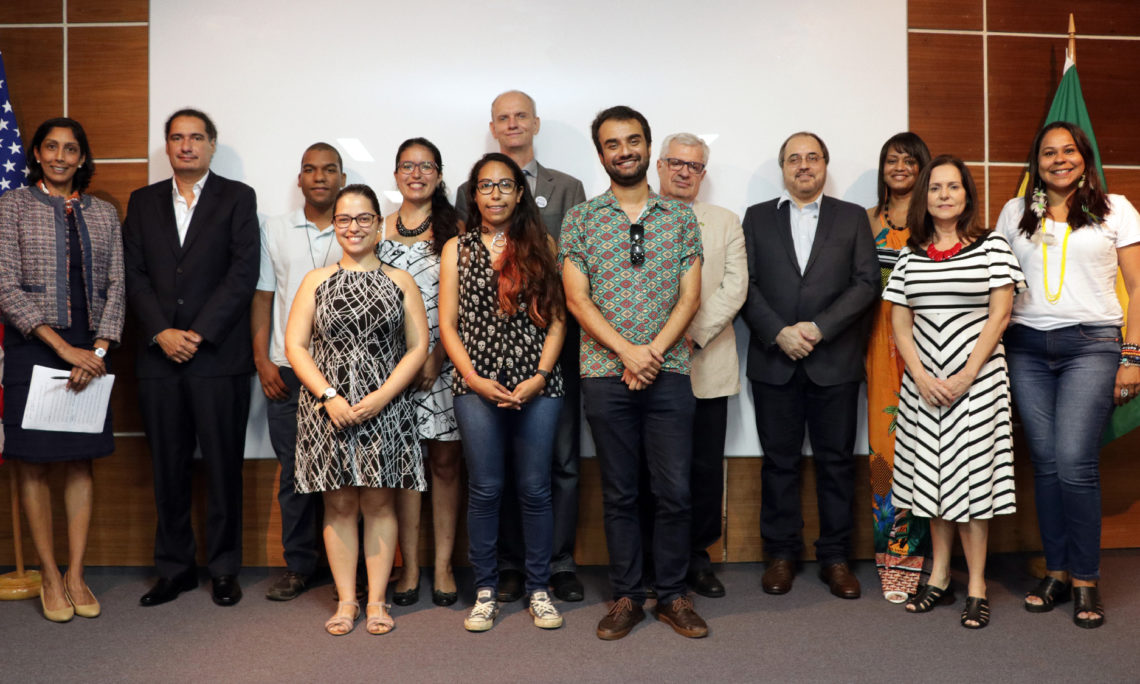 Rio de Janeiro, December 20, 2018 – The U.S. Diplomatic Mission in Brazil, the Fulbright Commission and the Smithsonian Institution announced on December 17, an emergency exchange program for 14 researchers whose research was interrupted by the fire at the National Museum in Rio de Janeiro, last September.  In 2019, they will travel to the United States to conclude their experiments in museums of the Smithsonian Institution – the world’s largest museum, educational, and research complex – during periods of approximately 30 days.

The 14 selected scholars had documents, specimens and other items essential to their research destroyed by the fire, making the completion of their experiments and research projects impossible.  Their areas of  research are diverse and include, among others, indigenous languages, ethnology, carcinology, arachnology and paleontology of vertebrates.