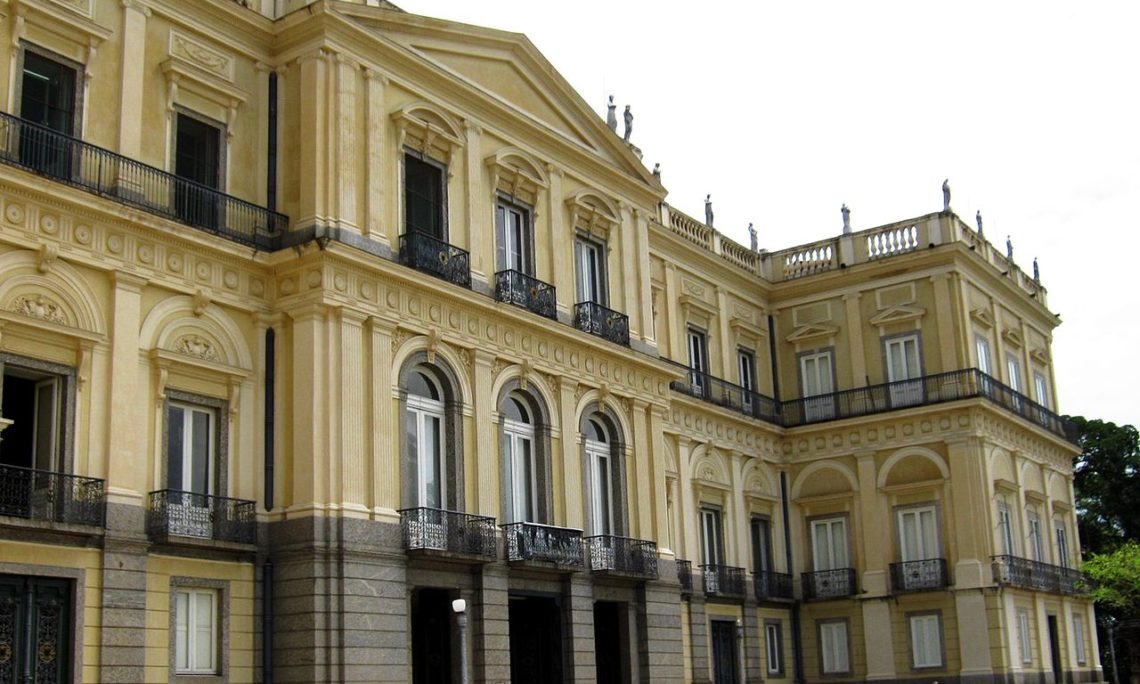 The U.S. Diplomatic Mission in Brazil, the Fulbright Commission and the Smithsonian Institution announce an emergency exchange program for 14 researchers whose research was interrupted by the fire at the National Museum in Rio de Janeiro.

Fourteen researchers who were conducting research at the National Museum and lost their work in the September fire that decimated the building and a large part of the Museum’s rich archives will travel to the United States to conclude their research in museums of the Smithsonian Institution – the world’s largest museum, educational, and research complex.  U.S. Consul General in Rio de Janeiro Scott Hamilton, National Museum Director Alexander Kellner, Federal University of Rio de Janeiro Superintendent for Research Marcelo Byrro, Fulbright Commission Executive Director Luiz Valcov Loureiro, and Smithsonian Institution Research Fellow C. David de Santana will announce the agreement at the National Museum on December 17 at 10 a.m.

The initiative will assist the scholars who had documents, specimens and other items essential to their research destroyed by the fire, making the completion of their experiments and research projects impossible. In the face of the seriousness of the situation, representatives of the U.S. Diplomatic Mission in Brazil, the Department of State, the Fulbright Commission and the Smithsonian Institution acted to support the researchers.  Teams from UFRJ’s Office of Research and the National Museum identified for the Smithsonian Institution the 14 researchers whose needs were most urgent in order to complete their projects.  The Smithsonian identified institutions and museums associated with the Institution that could host the Brazilian scholars for period of approximately 30 days during 2019.  The National Museum Director Alexander Kellner says that the scholarships will provide grants for the students to continue to carry out their research, which is crucial for the museum.  “We have lost part of our collection but not our ability to produce knowledge – work we do with our researchers but that is renewed through our students.”

The research areas are diverse and include, among others, indigenous languages, ethnology, carcinology, arachnology and paleontology of vertebrates.  “Natural history museums are a collective effort to understand and preserve the natural and cultural world.  The impact of the loss of the Museu Nacional collections is global and presents a tremendous hurdle for those whose research programs relied upon them,” said Kirk Johnson, Sant Director of the Smithsonian National Museum of Natural History.  “The Smithsonian is pleased to partner with the Museu Nacional, U.S. Department of State, and the Fulbright Commission in enabling these students impacted by this tragedy to continue their research in Washington and become the next generation of natural history scientists and anthropologists.”

According to the Chargé d’Affaires of the U.S. Embassy, William Popp: “The U.S. government recognizes the importance of the research that was interrupted by this tragic fire.  With this program and with the cooperation of our partners, the U.S. Diplomatic Mission in Brazil is honored to be able to support the continuity of the National Museum with a principal objective of any museum – the search for and dissemination of knowledge.”