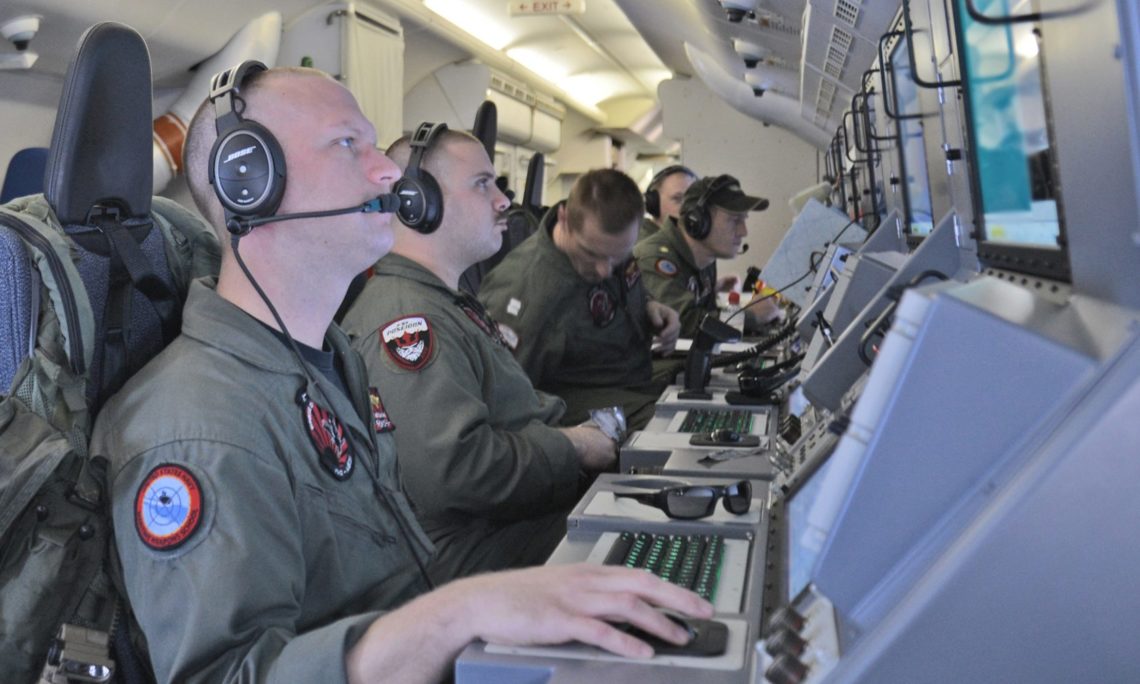 140316-N-XY761-019 INDIAN OCEAN (March 16, 2014) Crew members on board a P-8A Poseidon assigned to Patrol Squadron (VP) 16 man their workstations while assisting in search and rescue operations for Malaysia Airlines flight MH370. VP-16 is deployed in the U.S. 7th Fleet area of responsibility support

The Republic of Korea ship, Stella Daisy, departed Brazil Mar. 26, and is believed to have sunk in the South Atlantic with 22 crew members unaccounted for.

An aircraft and crew from Patrol Squadron Eight (VP-8) deployed from Naval Air Station Jacksonville to conduct international search and rescue operations at the request of the Republic of Korea. The approximately 20-person crew departed from NAS Jacksonville to Galeão Air Force Base on Apr. 6.

Brazil is one of the nation’s supporting the international search for missing crew members in the Republic of Korea vessel Stella Daisy’s last known location. The government of Brazil has authorized the P-8A aircraft to operate from Galeão Air Force Base in Rio de Janeiro, Brazil. Operating out of Brazil will allow the P-8A missions to remain over the search area longer while supporting international efforts to locate the missing crew members.

The U.S. is contributing this air asset to the international search and rescue effort being led by the Uruguayan Navy.