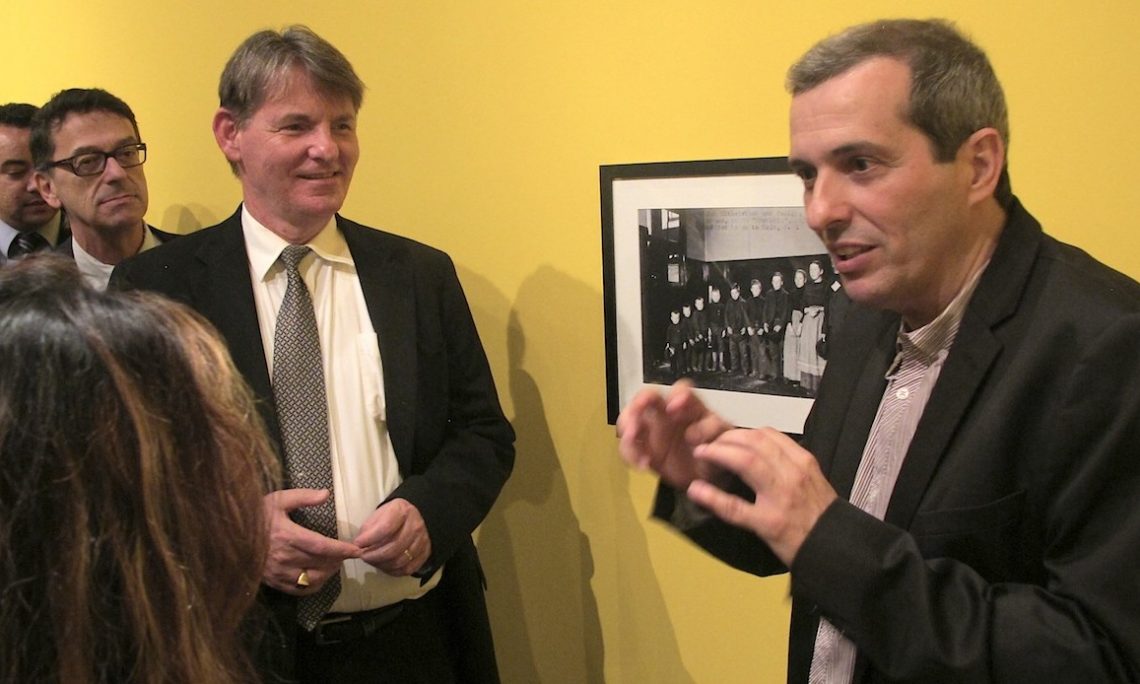 Today, the United States and Brazil represent the two largest democracies in the Western Hemisphere, but we also share a common immigration heritage.  Both countries welcomed millions of immigrants from around the world at the turn of the 20th century; and both Ellis Island in New York and the Hospedaria dos Imigrantes (Immigrants’ House) in Sao Paulo served as the first stop for many of them.  And now, for the first time, the two institutions are collaborating on an exhibit visually exploring these common experiences through historic portraits.

On March 27, Consul General Dennis Hankins helped open the new Immigrant Portraits exhibit at the Sao Paulo Immigration Museum, housed in the same historic building as the Hospedaria dos Imigrantes.  The exhibit features a selection of the Sao Paulo Immigration Museum’s collection and the iconic portraits of Augustus Frederick Sherman.  Sherman’s photos, taken during his time as a clerk at Ellis Island, vividly reflect the diverse ethnic, economic, and cultural backgrounds of immigrants arriving in the United States.  Together, the photos dramatically visualize the stories of the immigrants of both countries.

As part of the program, the Museum also hosted an international seminar this week focused on immigration museums and sharing experiences with counterparts from the Ellis Island Museum and other museums around the world.  In May, Ellis Island will host a parallel exhibit and its own seminar including Brazilian immigration historians and museum professionals.

For more information on the exhibit visit the São Paulo Immigration Museum site.