Home Home / News & Events / Op-ed: The Responsibility of living in the Hemisphere of Freedom 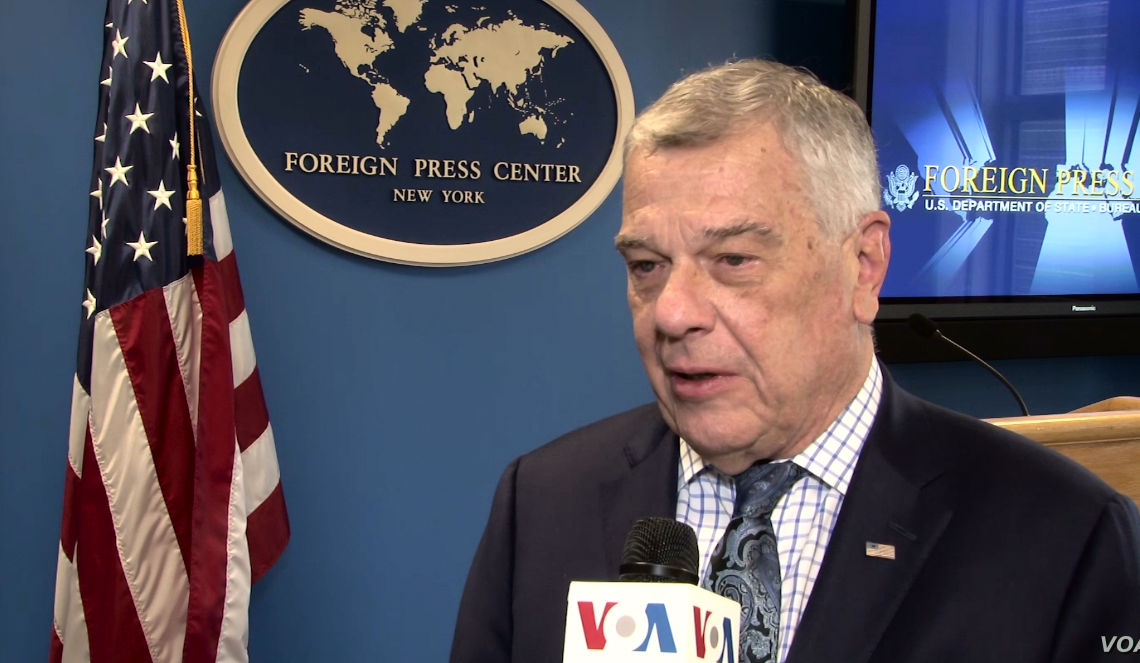 Sometimes-violent protests have recently filled the streets of cities across the Americas.  Some critics once again seek to cast the United States as a convenient foil, using an outdated Cold War-era ideological framework.  The United States may not always agree on policy or rhetoric, but the United States respects our neighbors; we respect their right to democratic self-determination.  But we share a responsibility that comes with living in this hemisphere of freedom.

Democratic self-determination demands a commitment to the respect for human rights, the separation of powers, and the rule of law.  When our neighbors are tested, and when authoritarians subvert the democratic rule of law to retain power or unlawful profit, we as a community have an obligation to come together and support those who push back through democratic, constitutional institutions.

This applies in Venezuela, where Nicolás Maduro rigged an election by disqualifying his opponents, censoring the media, and engaging in outright vote fraud in May 2018.  While almost all countries from our hemisphere now recognize the legitimacy of interim President Juan Guaidó, Venezuela continues to suffer under Maduro’s authoritarian mis-rule and his violent repression of the Venezuelan people.  As fellow Americans, we all share an obligation to Venezuela and her people to help them end the tyranny of Maduro and restore democracy to their country.

This applies in Bolivia, where now-former President Evo Morales tried to subvert the democratic process.  He disregarded constitutional term limits, eroded separation of powers by filling the judiciary and electoral institutions with his cronies, and then engaged in outright fraud in an attempt to remain in power.  The Bolivian people and institutions rallied in support of their constitution and against this power grab and Morales abandoned his office and Bolivia. The people of Bolivia, including many members of the political movement Morales once led to power, are making progress in the delicate process of returning power to the people.  Like in Venezuela, we stand on the side of our Bolivian neighbors as they build their democratic future.

However, while we defend the right of assembly, we cannot support blindly the tyranny of violent street protests in places where legitimate democratic paths of political expression are available.  In such places, peaceful protests afford the people another avenue for expression and dialogue with their political leaders. Unfortunately, we also have seen spoilers, oftentimes supported by foreign regimes, violently hijack these protests in a bid to thwart or undo democratic outcomes.

United States foreign policy is to work with all political leaders who support democracy, rule of law, and respect for human rights.  We respect the rights of our neighbors to find their best political path forward. But we cannot allow authoritarian overreach — by government or the street — to fix elections, stifle dialogue, and deny political opposition a voice, regardless of where these voices fall on the political spectrum.  The old Cold War divides between the left and the right have given way to divides between democrats and their opponents inside and outside of government.

This U.S. administration has led the way in supporting our family of Western democracies, pushing for the will of the people to be heard.  U.S. policies in the hemisphere are designed to support the democratic majorities who defend or strive to restore democratic dignity. If we are committed to democracy in our region, we must help each other find the way back to its realization.  We call on our Western Hemisphere neighbors to unite in support of these shared goals and make ours truly a hemisphere of hope for the democratic aspirations of our peoples.