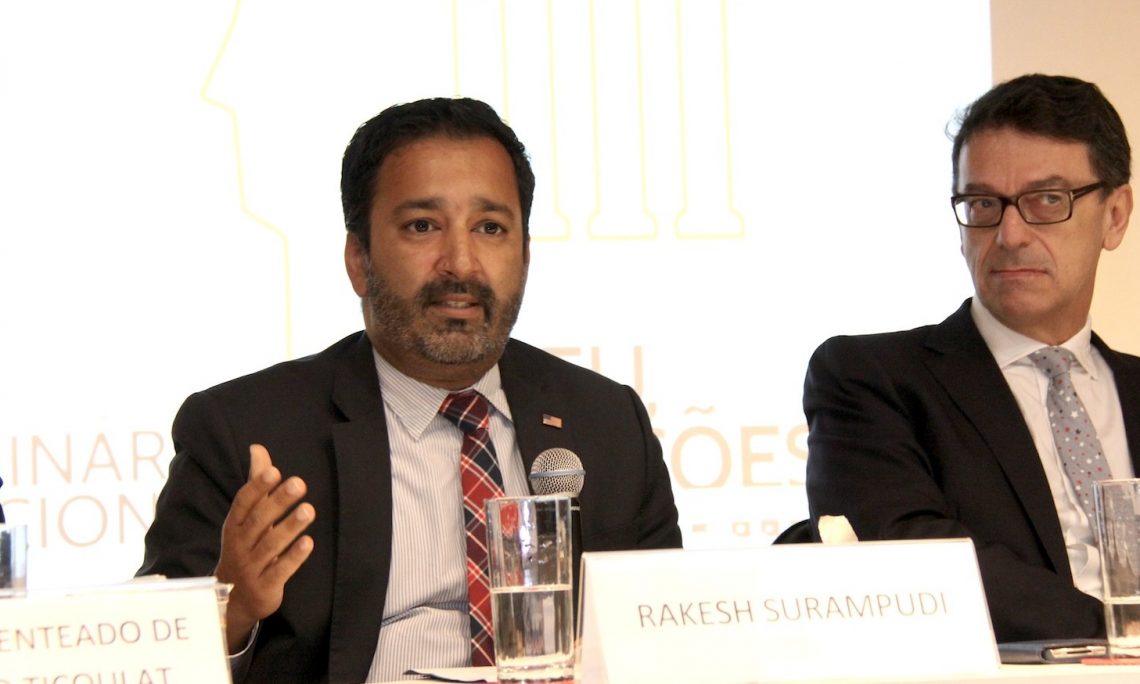 Good morning. Thank you for that warm introduction.  I’m so happy to welcome you to this conference.  This event and the photography exhibit that opens here tomorrow represent the strong relationship between Ellis Island and the Sao Paulo Immigration Museum – a project that will take its next step in New York in May. These are the types of relationships – people to people bonds – that truly bring our countries closer together.

I want to take a moment to thank the organizers for their dedication in bringing this event together: Roberto Penteado de Camargo Ticoulat,President of the Institute for Preservation and Diffusion of the History of Coffee and Immigration; Marilia Bonas and Mariana Martins, our gracious hosts; João Kulcsár the exhibit curator; Diana Pardue, Director of the Ellis Island Museum; and my colleagues Maria Estela Correa and Danna Van Brandt from the U.S. Consulate. My team has put months of work into this project and we are excited for the inauguration.

It is really an appropriate time for this exhibition.  As we know, immigration is again at the forefront of a policy debate in the United States.  As a diplomat, I have the opportunity to hear about and see first-hand a myriad of viewpoints about immigration.  Yet I am consistently struck by the feeling that somewhere in the numbers and figures, the laws and regulations, we have lost our understanding of the history of immigration itself.

That history matters.  It matters because immigration is both an issue of domestic and foreign policy.  At our Consulate in Rio de Janeiro, we processed over 1600 immigrant visas in 2014 alone.  Here in Sao Paulo, we processed more than 600,000 temporary, or non-immigrant, visas during the past year. Without a doubt, Brazilians visiting the United States and those moving permanently are having a huge impact on the U.S. economy, and adding to the fabric of the United States’ cultural mosaic.  As President Obama said recently, “Whether we were Irish or Italians or Germans crossing the Atlantic, or Japanese or Chinese crossing the Pacific; whether we crossed the Rio Grande or flew here from all over the world — generations of immigrants have made this country into what it is. It’s what makes us special.”

In fact, it’s what makes Brazil special too.

The nature and enormity of our nations’ immigration history is something we have in common.  The outlines of the narratives in the United States and Brazil are strikingly similar — two nations formed by millions of immigrants arriving from Europe and Asia; two nations formed by people brought by force from Africa via the slave trade, much to our collective shame; two nations that because of our immigrants are rich, multicultural democracies that today lead the western hemisphere.

What often gets lost in these policy discussions, however, is that immigration is at heart about people and their stories.  Some of these people explored frontiers.  Some tilled the land.  Some paved the roads.  All are in some way responsible for our strong and diverse societies.  And those stories continue to unfold today.  In the U.S., immigrants started 28 percent of all new businesses in 2011; more than 40 percent of today’s Fortune 500 companies were founded by immigrants and their first-generation children.  Immigrants represent 29 percent of scientists, 50 percent of math and computer science occupations, and 57 percent of PhDs working in engineering.  Clearly their contributions are significant to our economies and our cultures today, just as they were 100 years ago.

It is that spirit this project celebrates.  A spirit that is alive in the halls of the Ellis Island Museum and the grounds of the Statue of Liberty, and also here in this building that served for so many years as a first stopping point for immigrants arriving in Brazil.  The photos are reminders of who the policy debates are about. They are about us.

On behalf of the U.S. Mission to Brazil, I join you in celebrating our common heritage and thank you for teaching future generations a history that should not be forgotten.