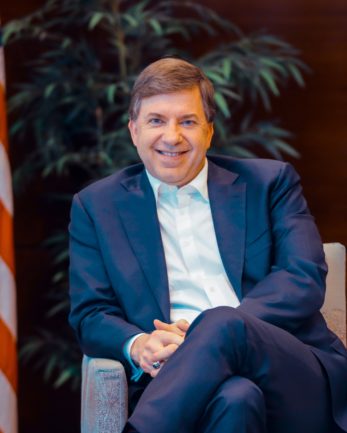 Ambassador Chapman first came to Brazil in 1974 when his father’s U.S. company transferred the family to Sao Paulo.  He attended Escola Maria Imaculada (Chapel School) where he graduated in 1980.  Before joining the Foreign Service, he worked as a commercial banker in New York and Saudi Arabia, and later as a business consultant in Brazil and his hometown of Houston, Texas.  Altogether, he has lived in Brazil for 11 years.

Ambassador Chapman earned an A.B. in History from Duke University in 1983, and a M.S. in Strategic Intelligence from the Joint Military Intelligence College in 2000.

He is joined in Brazil by his wife of 34 years Janetta Chapman and they are the proud parents of two sons, Joshua and Jason, and daughter-in-law Brooke, all who reside in Denver, Colorado.