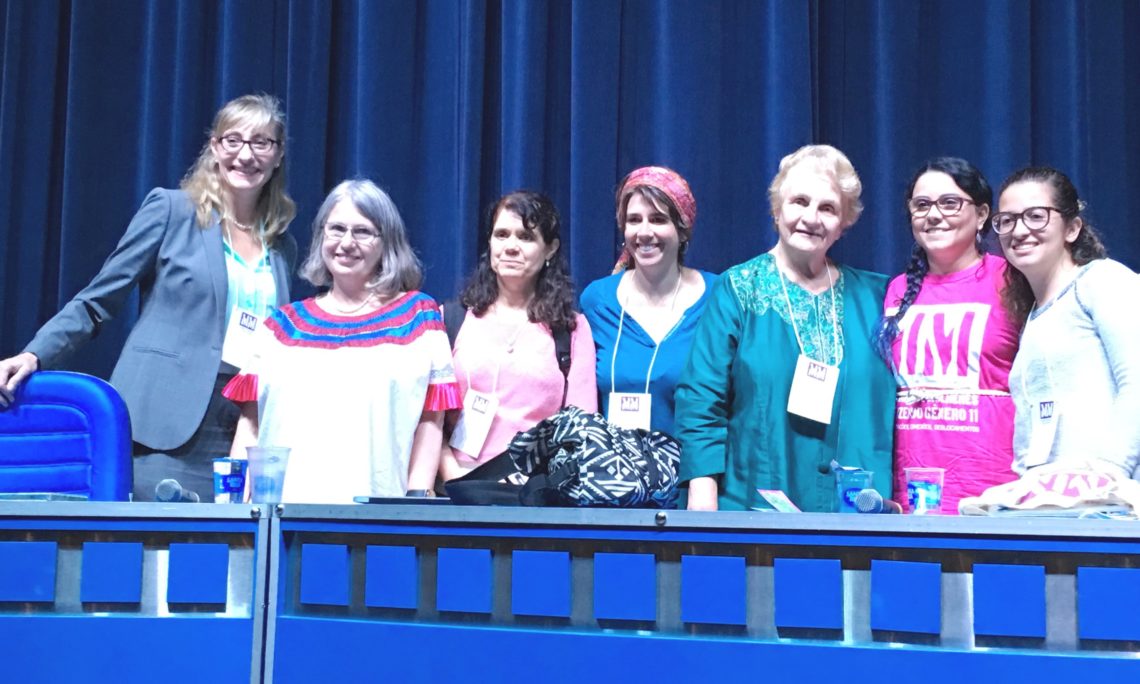 On July 31, Public Affairs Officer Corina Sanders participated of the  13th Women’s Worlds (WW) Congress —an international and interdisciplinary meeting about women — which took place from July 30-August 4, 2017 in Florianópolis, at the Federal University of Santa Catarina (UFSC). The overriding theme was “Transformations, Connections, and Movements”. The congress goal was to provide a forum for global debate beyond the North-South perspective and stimulate discussion on innovative feminist study proposals and dynamic activism. Corina delivered a lecture entitled “Advancements and Challenges in the Careers of American Female Diplomats” for a panel composed of scholars and researchers on women’s empowerment issues, where she talked about the functions of the US Department of State, her experience as a diplomat and the women’s role in the diplomacy.