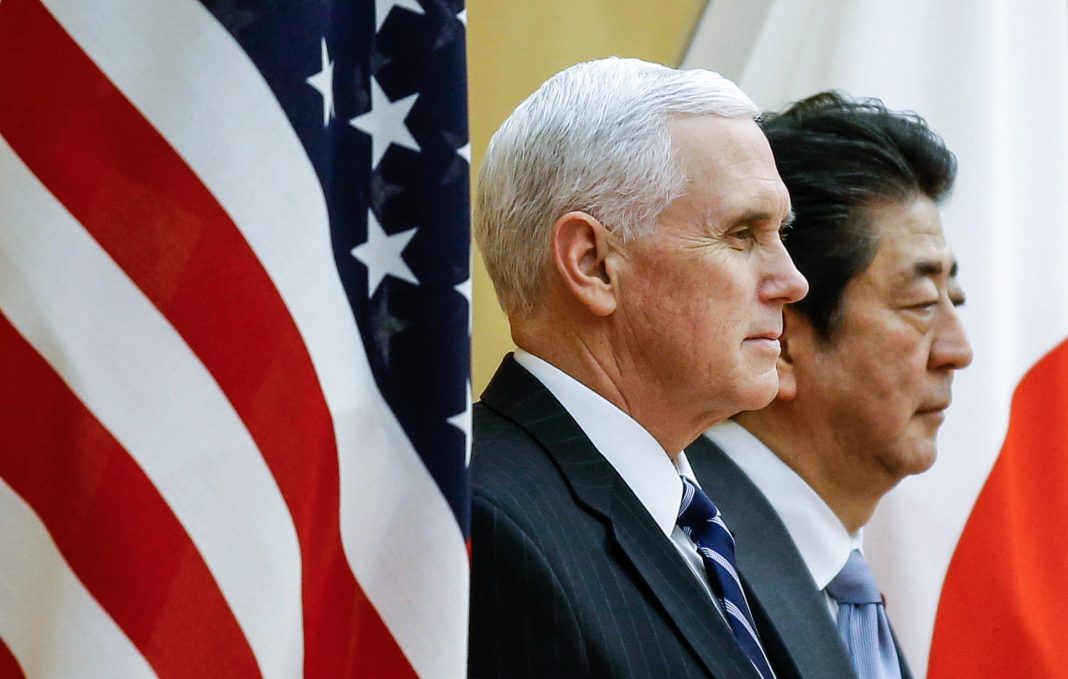 Vice President Pence said the United States plans to impose the toughest-ever economic sanctions on North Korea to force the regime to end its nuclear weapon and ballistic missile programs.

Standing shoulder to shoulder with Japanese Prime Minister Shinzō Abe during a visit to Tokyo on February 7, Pence said, “The United States and Japan will continue to confront the most dangerous threat in the Indo-Pacific: the rogue regime in North Korea.”

Pence announced that the United States “will soon unveil the toughest and most aggressive round of economic sanctions ever. We will continue to isolate North Korea until it abandons its nuclear and ballistic missile program once and for all.”

“Let the world know this: We will continue to intensify our maximum pressure campaign until North Korea takes concrete steps toward complete, verifiable and irreversible denuclearization,” the vice president said.

At a joint press conference, Abe said he agrees with Pence that “a nuclear-armed North Korea cannot be tolerated.”

During his visit to the Japanese Ministry of Defense, Pence viewed one of the Patriot missile batteries that Japan is deploying to defend against a missile attack. He noted that the U.S. and Japan “have long stood together in defense of our most precious values and way of life, and we will continue to stand together as allies and as friends.”

Pence visits Yokota Air Base on February 8 before flying to Seoul. He will speak with Korean leaders, and as head of the U.S. delegation to the Olympic Games he will attend the February 9 opening ceremony in Pyeongchang.

North Korea has sent 22 athletes and hundreds of performers to take part in the games and festivities.

“We will not allow North Korea to hide behind the Olympic banner the reality that they enslave their people and threaten the wider region,” Pence said.