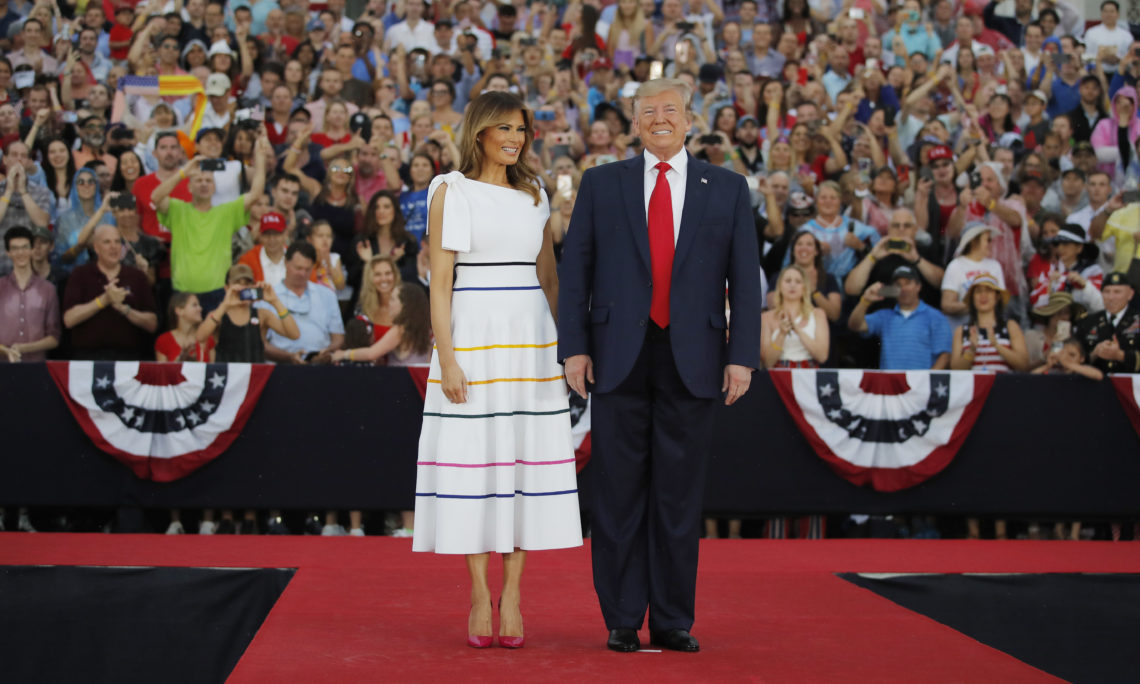 Two hundred forty-three years ago today, our Founding Fathers, gathered in Philadelphia, adopted the Declaration of Independence and cast off the shackles of tyranny.  They boldly proclaimed the inherent truth that each individual has unalienable rights that come from our Creator, and that among them are the rights to life, liberty, and the pursuit of happiness.  As we celebrate these rights upon which our Nation was built, we also recognize the courageous men and women of our Armed Forces who have valiantly defended them.

Four days after the Declaration of Independence was signed, the Liberty Bell echoed through the streets and alleyways of Philadelphia, calling citizens of the city to the first public reading of the celebrated document.  Today, freedom continues to ring proudly throughout the United States and around the world because of the service and sacrifice of our Nation’s veterans and military members, who have fearlessly answered the call of duty.  From the Battles of Lexington and Concord to the wars in Afghanistan and Iraq, the members of our Armed Forces have demonstrated remarkable patriotism and unrivaled courage.

The ideals and values of the American Revolution gave birth to a just and virtuous republic that has both fostered and been sustained by a people animated by courage, faith, and love.  Countless contributions from statesmen, businessmen, philanthropists, educators, and other Americans from coast to coast have shaped our communities and inspired generation after generation to preserve and advance liberty, equality, and the American dream.

In 1815, reflecting on the character of America, Thomas Jefferson wrote to his friend—and hero of the Revolutionary War—Major General Marquis de Lafayette: “The cement of this union is in the heart blood of every American.”  These words are still true today, as the unmatched patriotism of Americans continues to bind us as a Nation.  Looking to the future, we resolve to remain steadfast in our commitment to safeguarding liberty for ourselves and future Americans.

Melania joins me in sending our best wishes to all Americans celebrating Independence Day.  Happy Fourth of July!