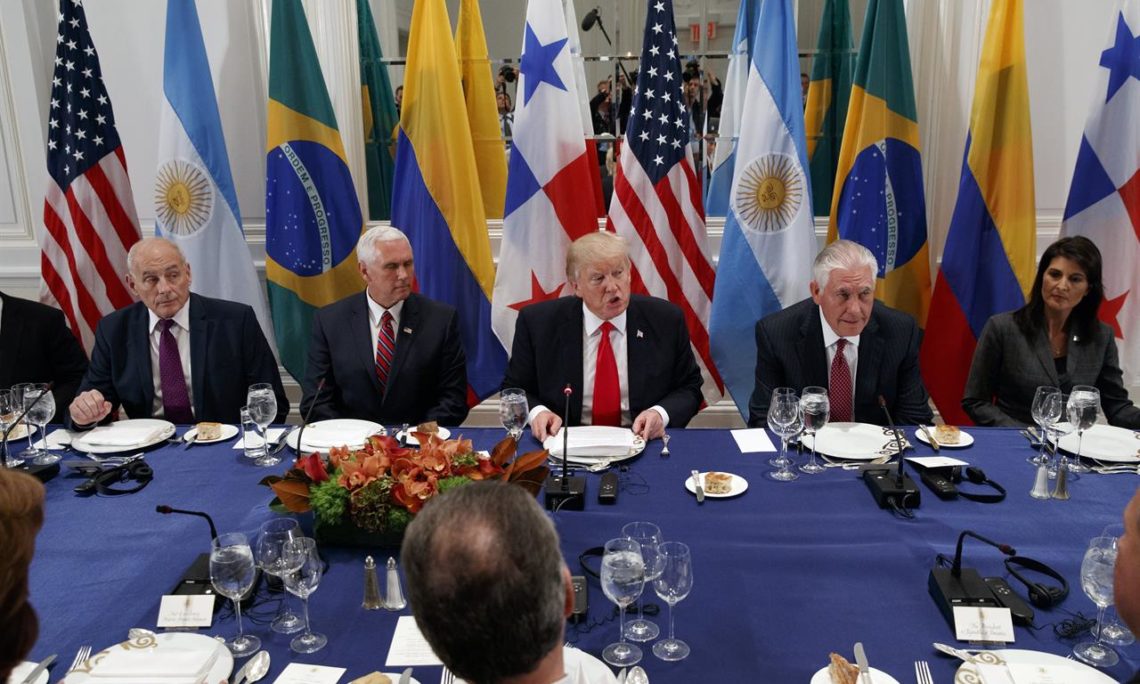 Last night, President Donald J. Trump hosted a working dinner in New York with President Michel Temer of Brazil, President Juan Manuel Santos of Colombia, President Juan Carlos Varela of Panama, and Vice President Gabriela Michetti of Argentina.  President Trump thanked the Latin American leaders for their advocacy in support of the Venezuelan people and condemnation of the Maduro dictatorship.  The group discussed the importance of working together to help restore democracy to Venezuela and reaffirmed the principles of the Lima Declaration from August 8, 2017.  The leaders agreed to continue working together to resolve the Venezuelan crisis. They discussed multiple ways to improve security in the Western Hemisphere, advance prosperity, and ensure sovereignty through democracy and rule of law.  This week, foreign ministers from across the region will meet to further build on the ideas