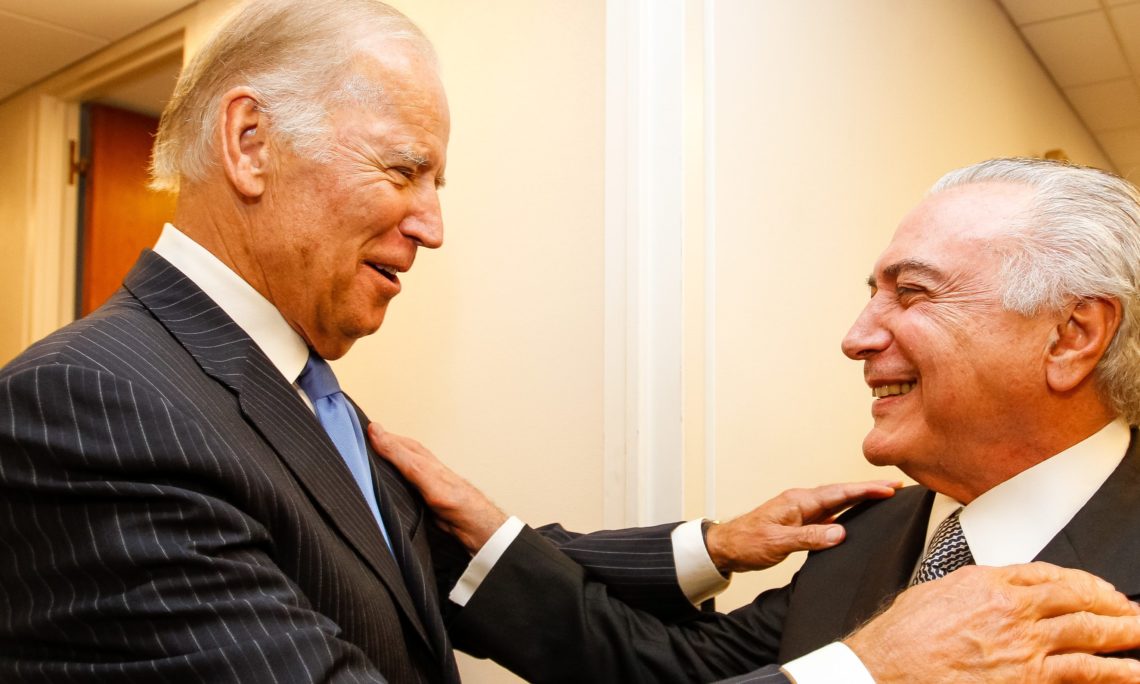 THE WHITE HOUSE
Office of the Vice President

The Vice President met today with President Michel Temer of Brazil to renew their friendship and discuss opportunities for deeper cooperation between the United States and Brazil.‎ The Vice President commended President Temer for his commitment to maintaining Brazil’s regional and global leadership role during the recent period of political change in Brazil. The two leaders discussed prospects for Brazilian energy reform and economic modernization. They also pledged to work together to promote legal and orderly migration in the hemisphere and deepen cooperation in Central America and Haiti. The Vice President and President Temer agreed to remain in regular communication and work together to advance good governance, security and prosperity throughout the hemisphere.