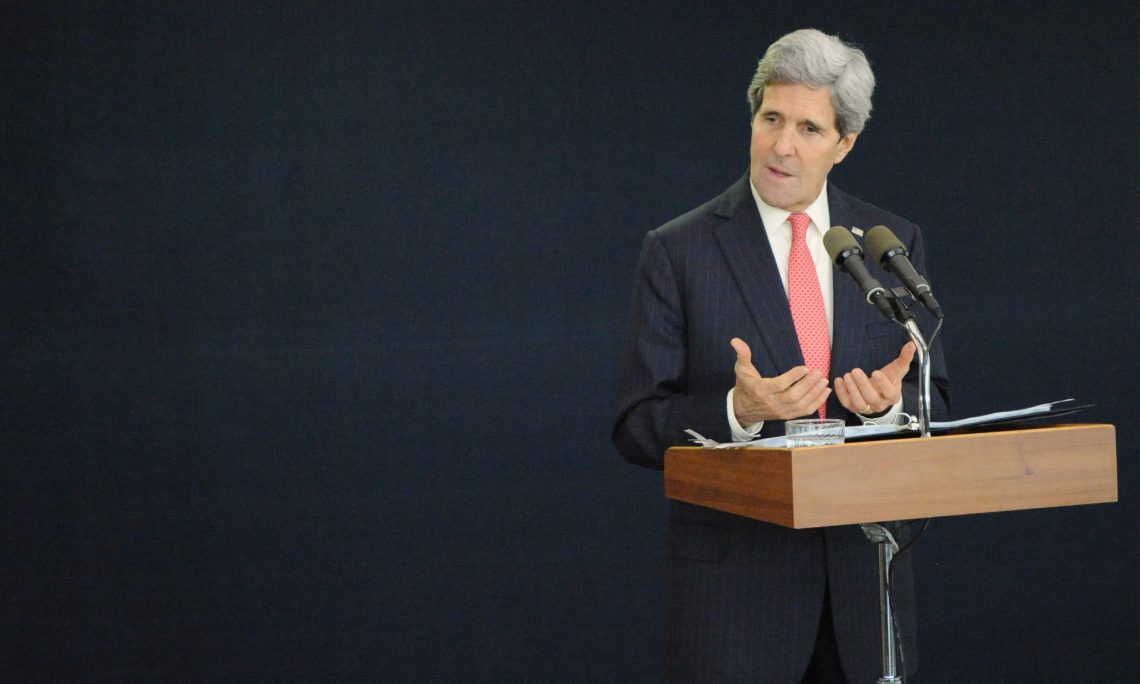 SECRETARY KERRY: I’m very pleased to welcome Polish Foreign Minister Schetyna here to Washington today. He’s come here especially to meet with us and talk about the important relationship between Poland and the United States – a very important NATO member – and we are working on many, many issues in a very, very close bilateral way.

Before I do talk, however, about our relationship, both of us were just talking about the horrific attack in Paris today, the murderous attack on the headquarters of Charlie Hebdo in Paris. I would like to say directly to the people of Paris and of all of France that each and every American stands with you today, not just in horror or in anger or in outrage for this vicious act of violence, though we stand with you in solidarity and in commitment both to the cause of confronting extremism and in the cause which the extremists fear so much and which has always united our two countries: freedom.

No country knows better than France that freedom has a price, because France gave birth to democracy itself. France sparked so many revolutions of the human spirit, borne of freedom and of free expression, and that is what the extremists fear the most. They may wield weapons, but we in France and in the United States share a commitment to those who wield something that is far more powerful – not just a pen, but a pen that represents an instrument of freedom, not fear. Free expression and a free press are core values, they are universal values; principles that can be attacked but never eradicated, because brave and decent people around the world will never give in to the intimidation and the terror that those seeking to destroy those values employ.

I agree with the French imam who today called the slain journalists martyrs for liberty. Today’s murders are part of a larger confrontation, not between civilizations – no – but between civilization itself and those who are opposed to a civilized world. The murderers dared proclaim “Charlie Hebdo is dead,” but make no mistake: They are wrong. Today, tomorrow, in Paris, in France, or across the world, the freedom of expression that this magazine, no matter what your feelings were about it, the freedom of expression that it represented is not able to be killed by this kind of act of terror. On the contrary; it will never be eradicated by any act of terror. What they don’t understand – what these people who do these things don’t understand – is they will only strengthen the commitment to that freedom and our commitment to a civilized world.

I’d like to just say a quick word, if I may, directly to the people of France.
(In French.)
We wish our friends in France well, and we stand in strong solidarity with them.

I know our friends in Poland understand these acts of terror and this challenge as well as any people, not just in Europe but on the planet. And so I’m pleased to be standing here with the foreign minister today. Poland is a strong, stalwart advocate for and supporter of freedom and of democracy, and they’ve stood on the front lines for a long time in that effort. They understand the price of freedom and they understand the cost.

We are delighted to have their support and to work with them in their commitment to Ukraine, to the freedom and sovereignty of that nation; to the rule of law that has stood us so well in all of our global affairs, that was defined by World War II, in which Poland paid such a price for freedom. And we value enormously the very robust economic relationship that we share, the investment in defense modernization, the commitment to NATO. And we restate once again our commitment to Article 5 and to our NATO obligations and to the important relationship between Poland and the United States with respect to the rule of law. And finally, we appreciate Poland’s strong commitment to the TTIP, to the Transatlantic Trade and Investment Partnership, which is such a key component of our future in terms of jobs and our economies.