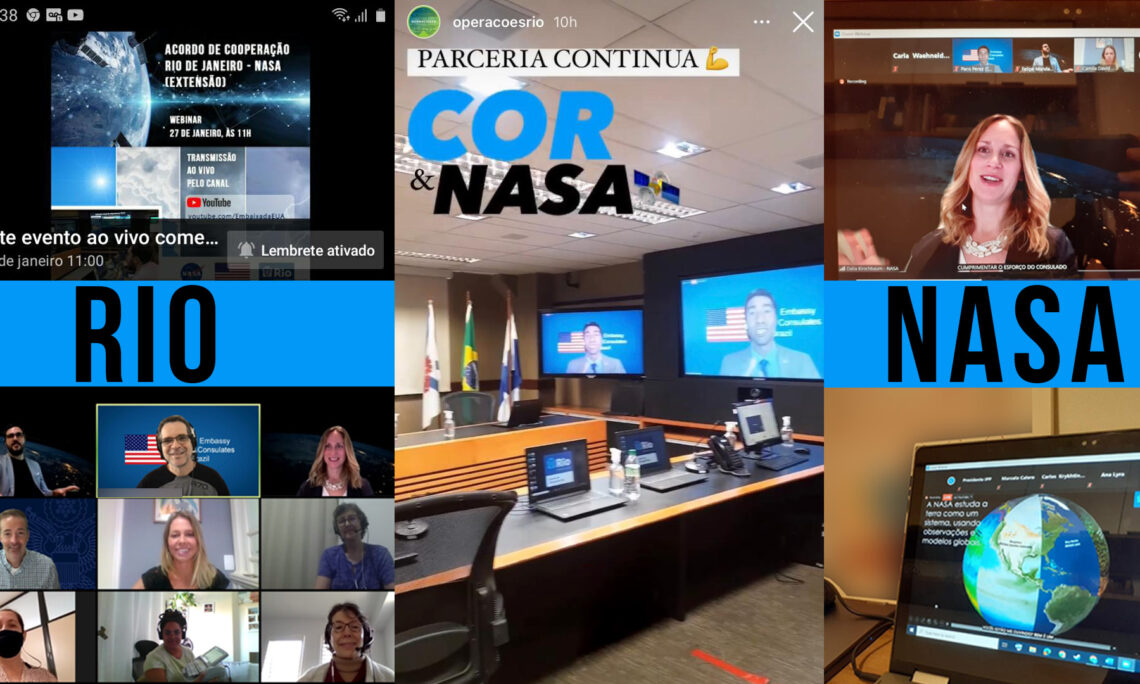 Rio de Janeiro, February 1, 2021 – The City of Rio will have access to an urban flood forecasting model that will allow the City to anticipate the consequences of extreme weather events, expanding its ability to respond to emergencies. The model, which will supply information to the Rio Operations Center, is one of the projects planned under the renewal of the municipality’s institutional cooperation agreement with the American space agency NASA. Originally signed in 2015, the partnership was extended for another five years and will focus on an application that will issue air quality alerts. Currently under development by technicians from NASA and the Pereira Passos Institute (IPP), the applications should be operational in the second half of this year.

The City of Rio and NASA announced the development of these new applications and celebrated the renewal of the cooperation agreement on Wednesday, January 27, 11am, in an online event conducted by the United States Consulate General in Rio, and followed by a press conference also online. The event was broadcast on the YouTube channel of the U.S. Embassy in Brazil. But journalists had access to the event via a reserved link.

Designed to share data, models, and scientific and operational knowledge, the agreement will also allow technicians from IPP and NASA to improve the Assessment of Slip Hazards for Situational Awareness (LHASA) model, which monitors the risks of landslides in the city. Used by the Rio Operations Center, LHASA was the most expressive result of the institutions working together in the first five years of the agreement.