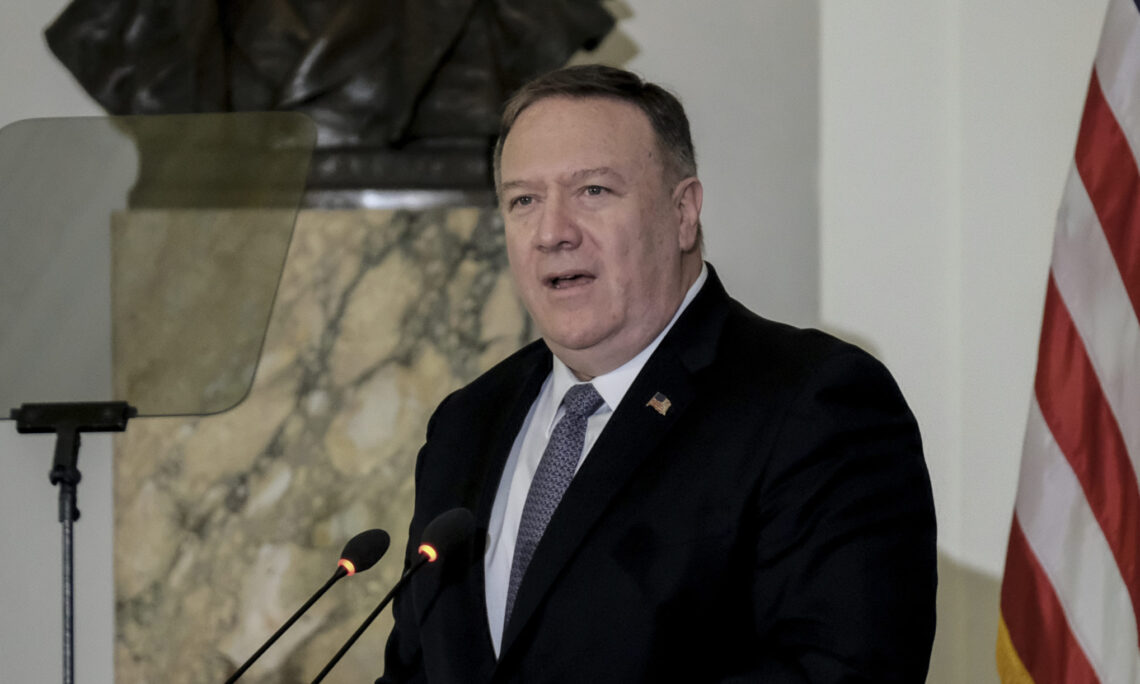 SECRETARY POMPEO:  Good morning.  Buenos dias, everyone.  Thanks for the Colombians’ gracious hosting of this event.  I was very encouraged how we grew our regional focus on terrorism when we had our meeting in July.  The tough stand that we took, we united.  It was proof that we intend to build out a hemisphere of freedom together.

Today’s effort continues that work.  It’s very fitting that we gather today in this place.  Only one year ago not yards from where we’re sitting, ELN terrorists carried out a deadly attack on the grounds of this police academy, killing and wounding dozens of promising cadets.  The ceremony we just held with the family members of the victims was quite moving, and reminds us all of the work that we have in front of us.

It hit home for me just as it did for Colombia.  Several of the victims were attending the academy on scholarships from the United States.  On behalf of the American people, I send my condolences to those victims and to their loved ones.

That attack underscored how terrorism doesn’t discriminate by nationality.  It doesn’t care; it threatens all of us.  The ELN killed or injured cadets from Colombia, from Ecuador, from Panama.  We must continue to combat terrorism wherever it rears its ugly head.

And we’re not just referring to the people who detonate bombs and pull triggers.  I also mean the networks that facilitate those acts.  Take, for example, the Maduro regime, which has harbored supporters of terrorist groups like ELN and FARC dissidents who have helped drive the growth of violence and illicit trafficking in the country.  These groups must lay down their arms, and the Maduro regime must be held to account for its support of them.

I want to thank everyone in the region who has supported Juan Guaido, the national assembly, and the Venezuelan people as they seek to restore democracy and prosperity in their country.  We all know, too, that the Iranian regime’s top terrorist proxy, Hizballah, has found a home in Venezuela under Maduro.  This is unacceptable.

Since last we met, the United States has done our part to take down the threat of Iran’s proxies.  We eliminated Qasem Soleimani, and we strengthened our maximum pressure campaign of economic sanctions, diplomatic isolation, and strategic deterrence.  The United States is encouraged to see how other nations have also confronted Hizballah and other terror groups.

When we met in July, Argentina established its domestic terrorism designations regime and used it to sanction Hizballah.  Our Paraguayan allies also established a designations regime and sanctioned Hizballah, ISIS, and also al-Qaida.  And in just the last several weeks, Honduras has announced it is declaring Hizballah a terrorist organization, and the new administration in Guatemala has stated its intention to do the same.  The Peruvian prosecution of alleged Hizballah operative Mohammed Hamdar continues as we sit here today.

Last year, 2019, the government in Argentina froze the financial assets of 14 individuals belonging to the Barakat.  Brazilian federal police arrested its leader, Assad Ahmad Barakat, and with good cause.  Today the United States of America applauds what we just heard from President Duque, our friend and ally Colombia’s declaring Hizballah a terrorist organization.  I hope that other nations will take similar steps to crack down on this group and other terrorist organizations by levying designations, cutting off terrorist financing, and bringing charges against suspected operatives.

Finally, there are a few more actions we should take to counter terror activities.  We must honor the high-level commitments made at the last ministerial to do better countering terror finance and travel, and fulfill our UN Security Council obligations on these same matters.

We call on all of our neighbors to adopt legal frameworks that enable them to sanction terrorists.  We must increase information sharing between our intelligence and law enforcement agencies as well, and we must work together to make our institutions designated to combat terror more transparent and more effective.  And we must rally other nations in the hemisphere to join the more than 20 of us who are here today.

Neutralizing terrorists is one of President Trump’s top national security priorities.  The United States is ready to partner with each and every one of your countries in every way possible.  Let’s share the burden.  Let’s work on this program so that we can indeed have a hemisphere of freedom.