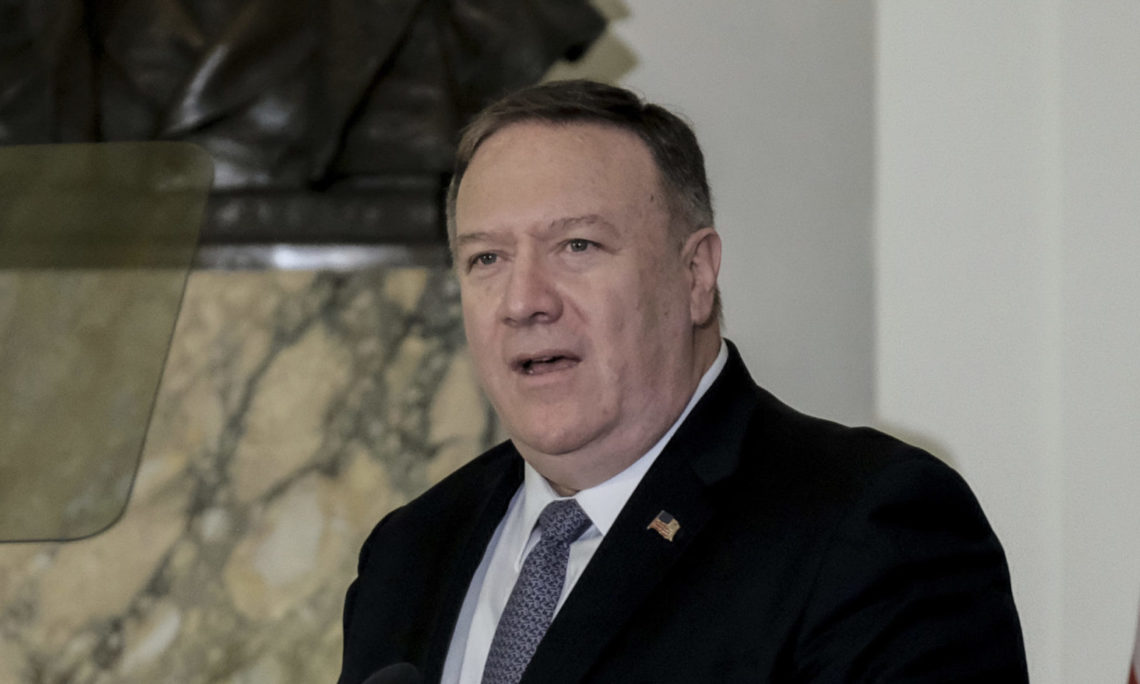 QUESTION: Here with a lot more on this and so much more, Secretary of State Mike Pompeo. Mr. Secretary, great to see you. Thank you for being with us. You actually brought in Chinese representatives to your office on this very topic of blaming the U.S. military and other issues. Can you bring us inside that conversation?

SECRETARY POMPEO: Well, Sean, thanks for having me on tonight. We did, in fact, call on the Chinese ambassador, and I spoke to my counterpart in China a couple days back. This disinformation campaign, which began when we began to call out this risk that was created not only for the Chinese people, but now we can see people all across the world where the Chinese Government knew about this risk, had identified it, they were the first to know, and they wasted valuable days at the front end, allowing hundreds of thousands of people to leave Wuhan to go to places like Italy that’s now suffering so badly.

They tried to suppress this information – you talked about the means by which they did it – instead of trying to actually do the work to suppress the virus, which is what the world demanded. And the Chinese Communist Party didn’t get it right and put countless lives at risk as a result of that.

SECRETARY POMPEO: Well, this is one of the most important questions, Sean. We have had an incredibly difficult time getting professional medical people in. You’ll recall early on we offered to have America’s finest experts travel there to assist them, to assist the World Health Organization. We weren’t permitted in. These are the kind of things that the Chinese Communist Party has done that have put the world and the world’s people at risk. They haven’t been sufficiently transparent, and the risk, Sean, that you find, if we don’t get this right, if we don’t get to the bottom of this, is this could be something that’s repeatable. Maybe not in this form, maybe not in this way, but transparency matters.

It’s why when we see them forcing journalists out, when we see people who have been talking about this, Chinese citizens who have been talking about this no longer having access to the internet, no longer being able to speak openly and freely – there’s risk, there’s questions. And it’s important – as America’s most senior diplomat, we have an obligation to try and help make sure that we get this information from the Chinese Communist Party so we can help our medical professionals here in the United States get this right and save lives for Americans, and for people all across the world.

QUESTION: Mr. Secretary, we’ve known each other for many years. I think – if my memory serves me well, I think you graduated one in your class at Harvard. I’m not sure. I’m pretty sure you’re right up there. If the Chinese had early on come to you and said, “Hey, we have a problem,” how quickly would you have acted to mobilize America’s best, greatest medical researchers, scientists, the Dr. Faucis of the world, to immediately assist them in whatever problem they were having?

SECRETARY POMPEO: Sean, I didn’t quite graduate first in my class. I was a good enough student. But make no mistake about it —

QUESTION: Well, it was first or second, I think. One or two; I know it’s up there.

SECRETARY POMPEO: (Laughter.) We would have responded immediately; indeed, we did. All of the experts from all across – both from government and from the private sector wanted access to all of the information about the structure of this virus, all the information that would have permitted us not only to start on mitigation and cures and vaccines, but also it allowed us to identify the way that this virus spreads, and to begin to take the actions that could have kept this virus in a place where unfortunately we’ve not been able to keep it so far.

QUESTION: Let me ask you – I read comments that you made about the Iranians. You know I’m not a big fan of Iran, or Russia, or China. But putting that aside, it would be helpful if we could help them. I want to ask you about that, and I keep hearing about these kids on a mission trip, and Americans on a mission trip, that are locked down in Peru. And I believe your office has been active in trying to get them home safely.

SECRETARY POMPEO: So let me take the second one first. The State Department’s doing everything we can to protect American citizens all across the world. We know of students that are in Peru, some other travelers that are there as well. There are other countries, too, where those countries have shut down their airports. We are working to try and solve problems for each of those American citizens. We just learned about them over the last couple days; it’ll take us some amount of time. But know that President Trump has made clear that we’re going to do everything we can to get every American home safely.

QUESTION: All right. Mr. Secretary, Mike Pompeo, thank you as always for being with us. Important issues. We appreciate the time.