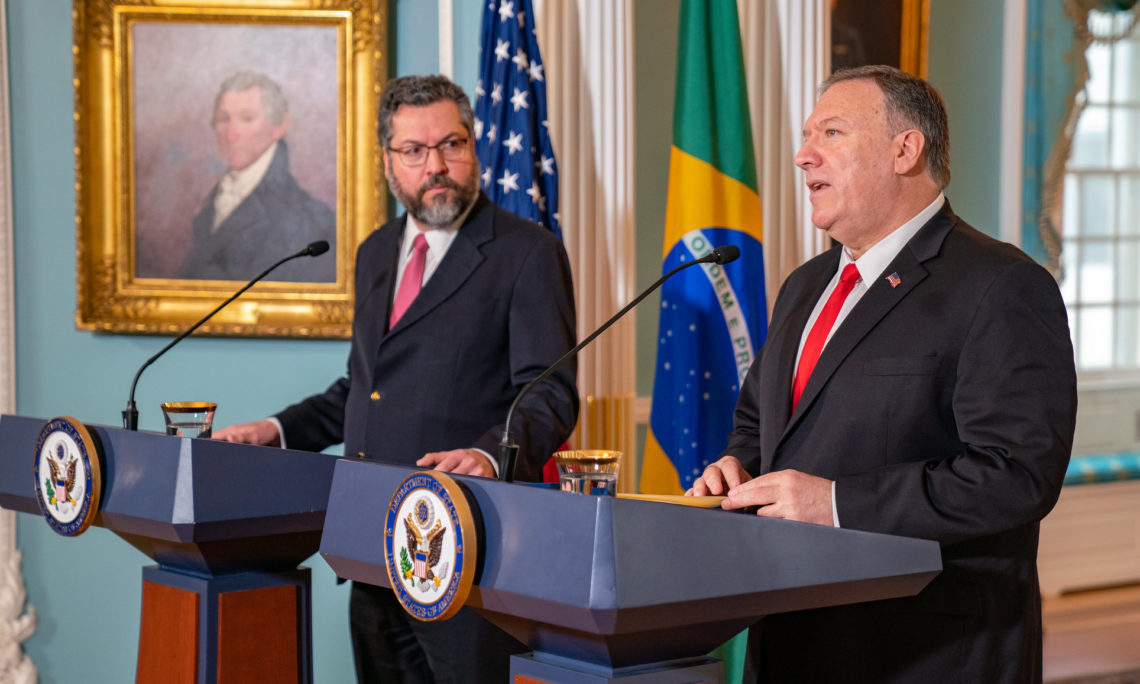 The below is attributable to Spokesperson Morgan Ortagus:‎

Secretary of State Michael R. Pompeo met today with Brazilian Foreign Minister Ernesto Araujo in Washington, D.C.  The two leaders discussed the outcomes of the March 7 meeting between President Donald Trump and Brazilian President Jair Bolsonaro, which underscored our partnership in promoting economic prosperity, security, and democratic values across the hemisphere.  They discussed ways that the United States and Brazil can continue to expand bilateral trade and investment, including support for infrastructure development through the Growth in the Americas initiative, and to deepen our longstanding cooperation on security and defense issues.  Secretary Pompeo also expressed support for Brazil’s continued leadership in seeking a resolution to the political and humanitarian crisis in Venezuela, including the expulsion of Maduro-aligned diplomats from Brazil.