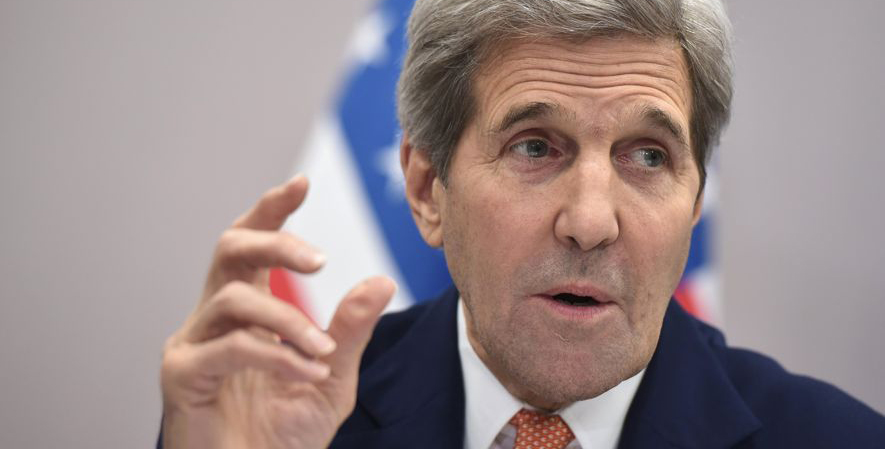 On Earth Day, Time tunning Out for Climate Change

People must once again stir up political will to protect our environment.
In the 1950s and 60s, America’s natural resources were in bad shape. Communities were so polluted that clouds of smog lingered over cities like Los Angeles. Rivers and lakes were filled with chemicals. In my hometown of Boston, the harbor was among the nation’s most polluted waterways.

We were on a dangerous path. But on April 22, 1970, after years of mounting concern and hard work, the first-ever Earth Day took place, and a new commitment to action took hold. Thanks in no small part to campaigns begun that day, our air, water and land are in far better shape now than 45 years ago — even as our population and economy have steadily grown.

There is a lesson in that experience, because America is once again on a dangerous path — along with the rest of the world. Climate change, if unchecked, is an urgent threat to health, food supplies, biodiversity and livelihoods across the globe.

The solution to climate change is staring us in the face. It’s energy policy. If we pursue a global clean energy economy, we can cut dramatically the amount of carbon pollution we emit into the atmosphere and prevent the worst impacts of climate change.

So we know how to address climate change. The question is whether national and local leaders will summon the political will to do it effectively and soon.
As we learned from the first Earth Day, the answer to that question may well depend on citizen action; when enough people make their voices heard, policymakers listen.

In 1970, as a 26 year-old, I joined in the effort in my home state of Massachusetts to organize for Earth Day. But what made the event so successful was that I was only one of about 20 million Americans of all ages and backgrounds who got involved. Congress even adjourned so that its members could attend rallies, “teach-ins” and marches in communities from coast to coast.

The result was a force that no American politician could ignore. Within months,President Nixon announced the creation of the U.S. Environmental Protection Agency. Congress followed quickly with landmark legislation to protect air quality and our threatened coasts.

Today, we need a similar effort, but on a global level.

Our world is fundamentally changing. Fourteen of the 15 warmest years on record have occurred since 2000. Last year was the warmest of all.

And with added heat comes an altered environment. It’s difficult to determine whether one specific storm or drought is solely caused by climate change, but the growing intensity of storms and changing weather patterns should be a clear signal. Here in the United States, California is enduring the fourth year of its worst drought in recorded history.

President Obama’s administration has undertaken the most ambitious set of climate change actions in our history — including standards to double the fuel efficiency of vehicles and a proposal to cut emissions from new and existing power plants.

At the same time, the United States has upped its wind energy production more than threefold — and increased its solar energy generation more than tenfold. We’ve also become smarter about the way we use energy in our homes and businesses.

But the fact is that no single country can solve the climate challenge on its own. So at the State Department, we’re engaging partners worldwide to reduce emissions and bring about a clean energy future.

In Beijing last November, President Obama and Chinese leader Xi Jinping each announced bold new climate change targets. This was the first time the leaders of the two leading-emitters of greenhouse gases came together to address the issue in a constructive and far-sighted way.

Now it’s time for other nations to come forward with their own targets, and to make it possible to reach a meaningful global agreement at the UN Climate Conference in Paris later this year. And then beyond Paris, we must continue working to meet our goals and encouraging all stakeholders to get involved. That’s the only way we can help ensure future generations are able to enjoy the safe and healthy planet they deserve.

Many people in many countries understand what’s at stake and are already speaking out.

This Earth Day, I ask Americans and concerned citizens everywhere to crank up the volume. Educate others in your community. Take action and demand action on climate change. Make our message echo around the equator and from pole to pole. Help us engineer a truly global transition to clean energy.
As the first Earth Day proved, with enough people working toward the same goal, we can chart a new path — a path toward a cleaner, healthier more prosperous future.

We still have time to make a difference — but it’s fast running out. Make no mistake: If we let this opportunity pass us by, that may be the only thing our generation is remembered for.