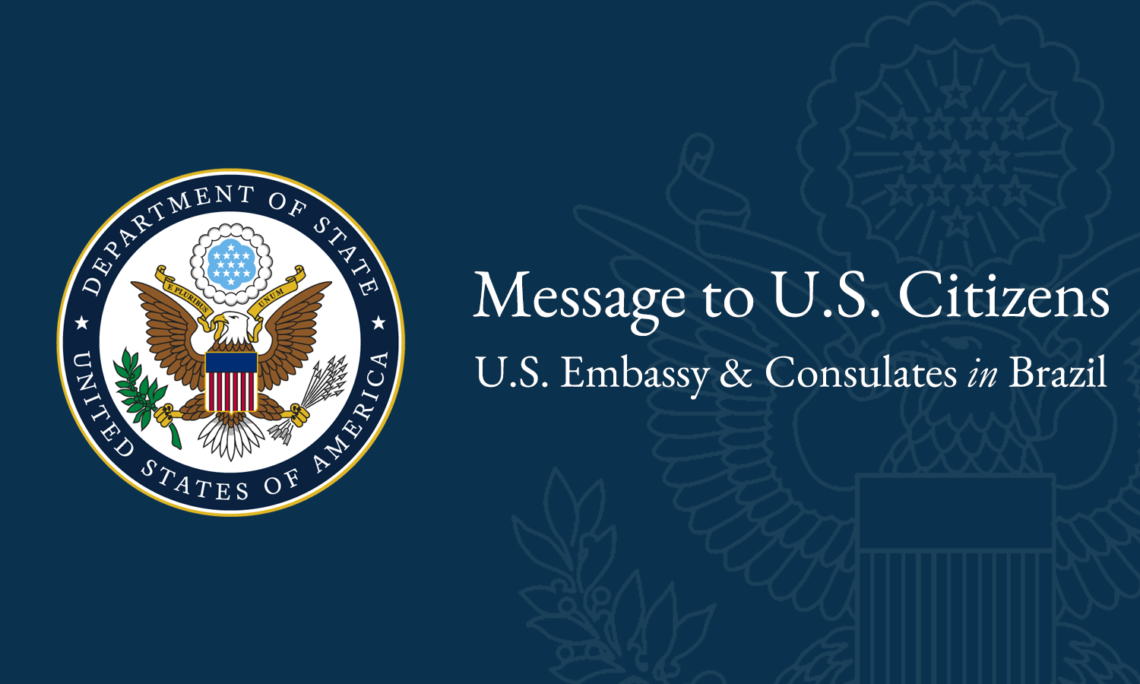 The first round of Brazil’s national elections is scheduled to take place nationwide on Sunday, October 2, 2022.  Per the Brazilian Constitution, a second round of voting is possible on October 30.  Demonstrations are expected across the country leading up to and during the elections.  While the U.S. Embassy and Consulates in Brazil expect the elections to be relatively calm throughout most of the country, we remind U.S. citizens to remain vigilant and aware of your surroundings and any road closures.

The U.S. Embassy and Consulates in Brazil caution U.S. citizens to avoid areas around protests and demonstrations, as even demonstrations intended to be peaceful can turn confrontational.  We encourage you to check media sources you trust for updates.  Some examples are Jornal Nacional (Globo 1) and CNN Brasil.

Contact the U.S. Embassy or Consulate General closest to you.