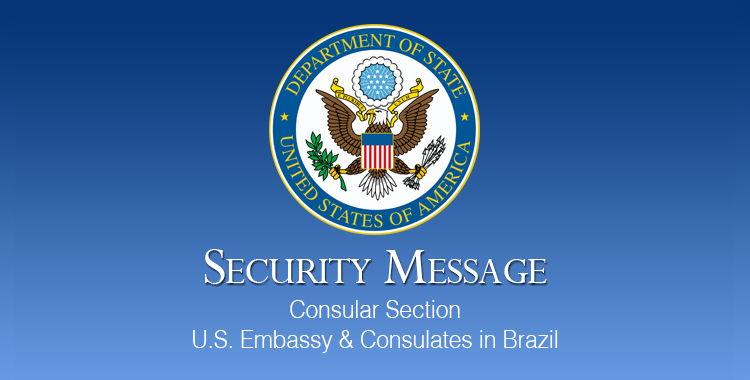 The U.S. Embassy in Brasilia alerts U.S. citizens in Brazil that several pro and counter impeachment demonstrations are planned throughout Brazil on July 31, 2016. The Embassy is aware of the following planned demonstrations:

Demonstrations are also likely to occur in other cities throughout Brazil. Streets around demonstration areas will likely be closed or blocked off, which can result in traffic congestion and delays.

U.S. citizens should avoid protests and areas where large gatherings may occur.  Even demonstrations or events intended to be peaceful can turn confrontational and possibly escalate into violence.  U.S. citizens in Brazil are urged to monitor local news reports and to plan their activities accordingly.

If you require assistance, please contact the closest U.S. Embassy or Consulate using the contact information below.