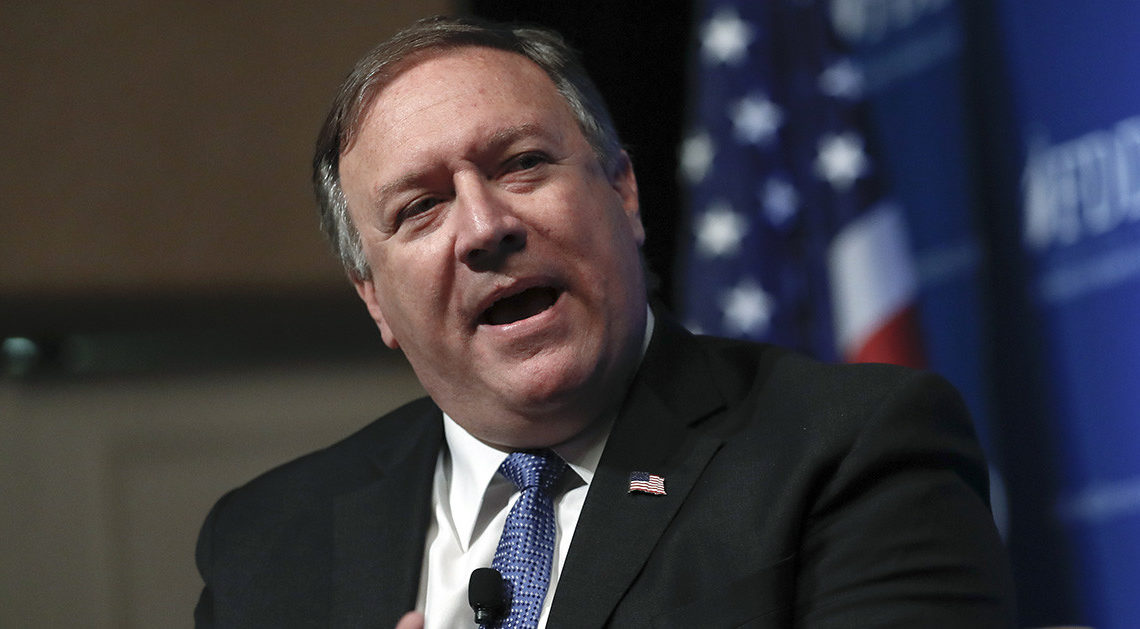 The United States recognizes Juan Guaidó as the new interim President of Venezuela, and strongly supports his courageous decision to assume that role pursuant to Article 233 of Venezuela’s constitution and supported by the National Assembly, in restoring democracy to Venezuela. As President Trump said, “The people of Venezuela have courageously spoken out against Maduro and his regime and demanded freedom and the rule of law.”

The Venezuelan people have suffered long enough under Nicolas Maduro’s disastrous dictatorship. We call on Maduro to step aside in favor of a legitimate leader reflecting the will of the Venezuelan people. The United States supports President Guaidó as he establishes a transitional government, and leads Venezuela, as the country prepares for free and fair elections. We urge all Venezuelans to support peacefully this democratic process, as granted in the 1999 Constitution.

We will work closely with the legitimately elected National Assembly to facilitate the transition of Venezuela back to democracy and the rule of law, consistent with the Inter-American Democratic Charter. The United States also stands ready to provide humanitarian assistance to the people of Venezuela as conditions allow.

The Venezuelan people are clamoring for a free and democratic Venezuela. As we have said before, the United States, with the international community, including the Organization of American States, the Lima Group, and the European Union, support the Venezuelan people as they seek to restore their democracy. We repeat our call to the Venezuelan military and security forces to support democracy and protect all Venezuelan citizens.

The new Venezuelan government carries the flame of democracy on behalf of Venezuela. The United States pledges our continued support to President Guaido, the National Assembly, and the Venezuelan people.