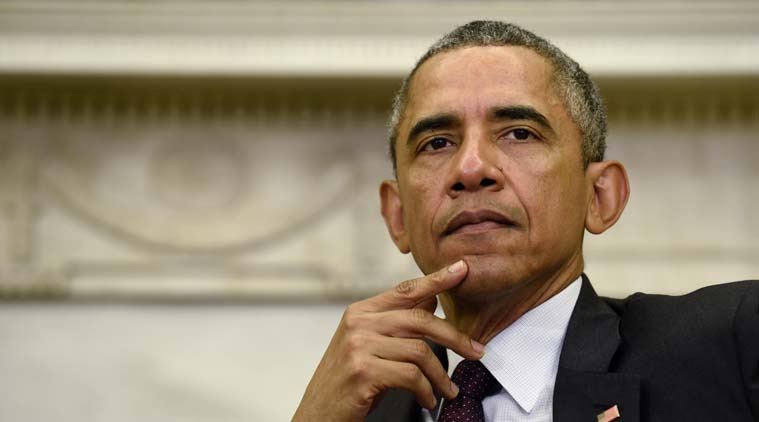 I strongly condemn the horrific shooting at the offices of Charlie Hebdo magazine in Paris that has reportedly killed 12 people.  Our thoughts and prayers are with the victims of this terrorist attack and the people of France at this difficult time.  France is America’s oldest ally, and has stood shoulder to shoulder with the United States in the fight against terrorists who threaten our shared security and the world.  Time and again, the French people have stood up for the universal values that generations of our people have defended.  France, and the great city of Paris where this outrageous attack took place, offer the world a timeless example that will endure well beyond the hateful vision of these killers.  We are in touch with French officials and I have directed my Administration to provide any assistance needed to help bring these terrorists to justice.

REMARKS BY THE PRESIDENT ON THE TERRORIST ATTACK IN PARIS

THE PRESIDENT:  I’ve reached out to President Hollande of France and hope to have the opportunity to talk to him today.  But I thought it was appropriate for me to express my deepest sympathies to the people of Paris and the people of France for the terrible terrorist attack that took place earlier today.

I think that all of us recognize that France is one of our oldest allies, our strongest allies.  They have been with us at every moment when we’ve — from 9/11 on, in dealing with some of the terrorist organizations around the world that threaten us.  For us to see the kind of cowardly evil attacks that took place today I think reinforces once again why it’s so important for us to stand in solidarity with them, just as they stand in solidarity with us.

The fact that this was an attack on journalists, attack on our free press, also underscores the degree to which these terrorists fear freedom — of speech and freedom of the press.  But the one thing that I’m very confident about is that the values that we share with the French people, a belief — a universal belief in the freedom of expression, is something that can’t be silenced because of the senseless violence of the few.

And so our counterterrorism cooperation with France is excellent.  We will provide them with every bit of assistance that we can going forward.  I think it’s going to be important for us to make sure that we recognize these kinds of attacks can happen anywhere in the world.  And one of the things I’ll be discussing with Secretary Kerry today is to make sure that we remain vigilant not just with respect to Americans living in Paris, but Americans living in Europe and in the Middle East and other parts of the world, and making sure that we stay vigilant in trying to protect them — and to hunt down and bring the perpetrators of this specific act to justice, and to roll up the networks that help to advance these kinds of plots.

In the end, though, the most important thing I want to say is that our thoughts and prayers are with the families of those who’ve been lost in France, and with the people of Paris and the people of France.  What that beautiful city represents — the culture and the civilization that is so central to our imaginations — that’s going to endure.  And those who carry out senseless attacks against innocent civilians, ultimately they’ll be forgotten.  And we will stand with the people of France through this very, very difficult time.

Thank you very much, everybody.