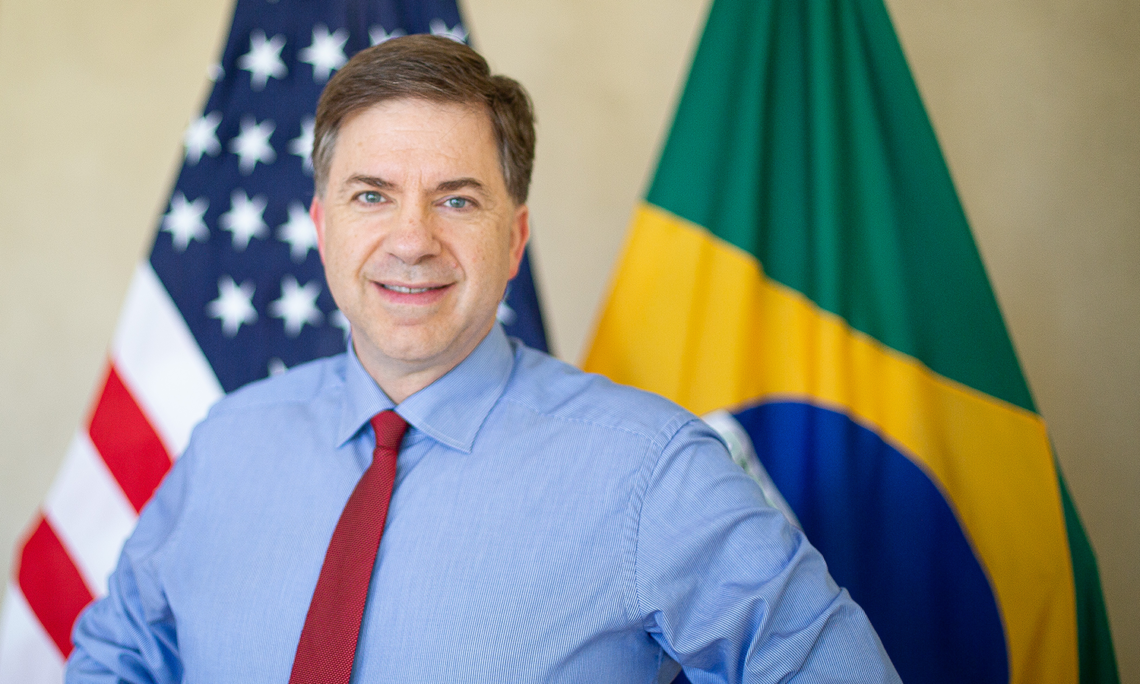 Brasília, June 10, 2021 – I am immensely proud to be a citizen of the United States and to have the opportunity to serve and represent my country. Having spent over 12 years in Brazil over my lifetime, this beautiful nation too is also forever etched in my heart. And this has made serving as U.S. Ambassador to Brazil since March 2020 an especially tremendous honor. It has given me the opportunity, together with the Brazilian and American professionals at the U.S. Embassy and Consulates, to be a part of remarkable moments in our partnership. Working side by side with the Brazilian Government and our Brazilian friends, I have been privileged to witness and play a part in helping to shape this relationship into what I genuinely believe our nations are meant to be – strategic and equal partners. Even while we confront the most devastating pandemic in over a century, we continue building an ever-stronger alliance and partnership with Brazil, the largest and most influential democracy in Latin America.

And this is why it was with mixed emotions that I wrote yesterday to President Biden to inform him of my decision to retire from government service after a 30-year career with the Department of State. Following careful consideration, my wife Janetta and I are convinced that this is the right time, for several positive personal reasons, to move to Denver, Colorado – to live closer to our two sons and daughter-in-law and pursue new professional opportunities and longstanding personal interests about which we are genuinely excited.

Janetta and I served our country together in eight countries throughout Latin America, Africa, and Asia. As a professional diplomat I have served under six U.S. Presidents, three Republicans and three Democrats. In my letter to President Biden, I reminded him of his words to us when my wife and I first met him in 2011 – that our service was important to our nation. I thanked him for that recognition then, and believe it still holds true, and I will look forward to continuing to serve our nation, though in a private capacity.

Having spent so much of my life in Brazil, I have great admiration, respect, and affection for Brazil and the Brazilian people. While my time as U.S. Ambassador will conclude, my relationship with Brazil will continue in the years ahead, thanks to the wonderful friendships I have formed here over a lifetime. So, as I would say to my closest Brazilian friends, “a gente se ve” or “we will be seeing one another”. I will spend my next 30 days in Brazil energetically doing my part as U.S. Ambassador to continue advancing the U.S.-Brazil relationship, stronger than ever, in the positive direction it is headed.

In my letter to President Biden, I wished him God’s blessings of wisdom and strength as he leads the American people. May the strong friendship between the American and Brazilian people continue to flourish in the years ahead, a task to which I will remain devoted for the rest of my life.