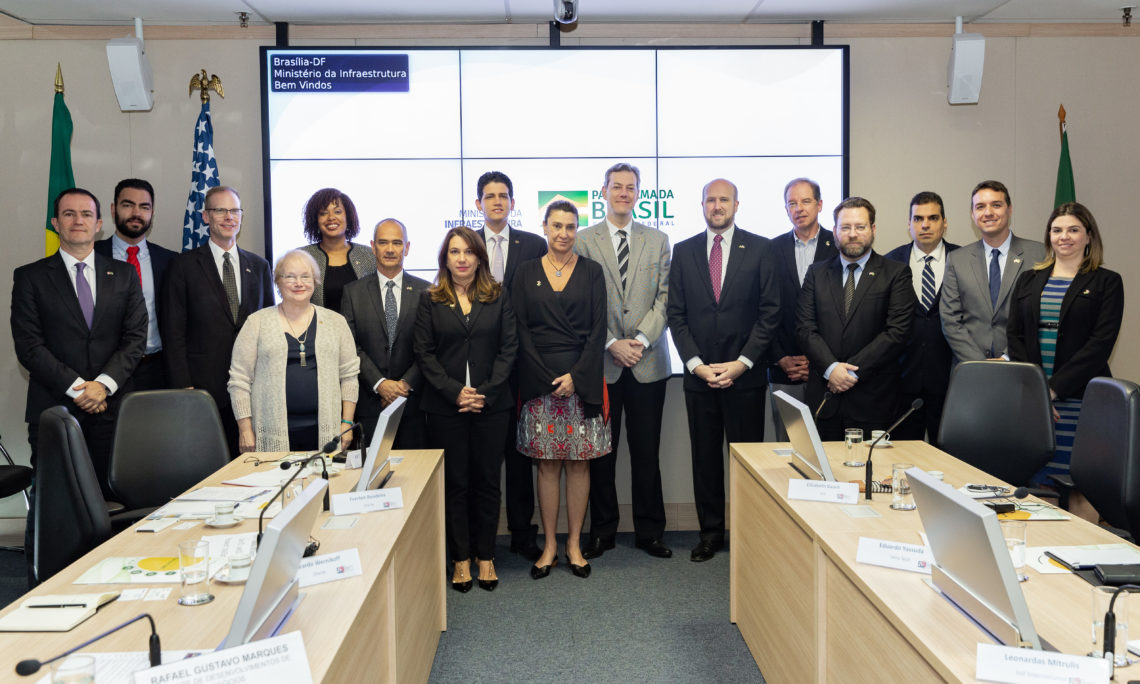 On November 4-6, 2019, the U.S. Department of Commerce’s Commercial Service has organized a Brazil Infrastructure Trade Mission aimed at increasing U.S. private sector participation in Brazilian infrastructure projects. Nine U.S. companies are participating in this three-city event which will include Brasília, São Paulo city, and the Port of Santos in São Paulo.

During his recent visit to Brazil, Secretary Wilbur Ross highlighted the upcoming mission in bilateral meetings with President Jair Bolsonaro and Infrastructure Minister Tarcísio Gomes de Freitas, underscoring the value of increased commercial engagement between the United States and Brazil, especially in the area of infrastructure.

“This mission represents the first major U.S. Department of Commerce delegation to directly increase U.S. private sector participation in the Brazilian infrastructure sector and was designed to bring more U.S. products and services to Brazilian infrastructure projects,” said Scott Shaw, Senior Commercial Officer for the U.S. Commercial Service at the U.S. Embassy in Brasília.  “We are excited for the opportunities ahead.”

In Brasília, U.S. delegates will participate in meetings with high-level Brazilian federal officials in the Ministry of Infrastructure and the Investment Partnership Program (PPI), as well as Brazilian regulators, to learn about federal and state level infrastructure projects available for bid throughout the country. In São Paulo, the delegation will meet with five state secretaries, the Federation of Industry of the State of São Paulo (FIESP), the national infrastructure association, Associação Brasileira da Infraestrutura e Indústrias (ABDIB), The trade mission will end with a tour of the Santos Port Authority and Rumo rail operations. The State of Paraná will also present its portfolio of rail and other infrastructure projects to the delegation.

Photos are available at the U.S. Embassy and Consulates in Brazil on Flickr.