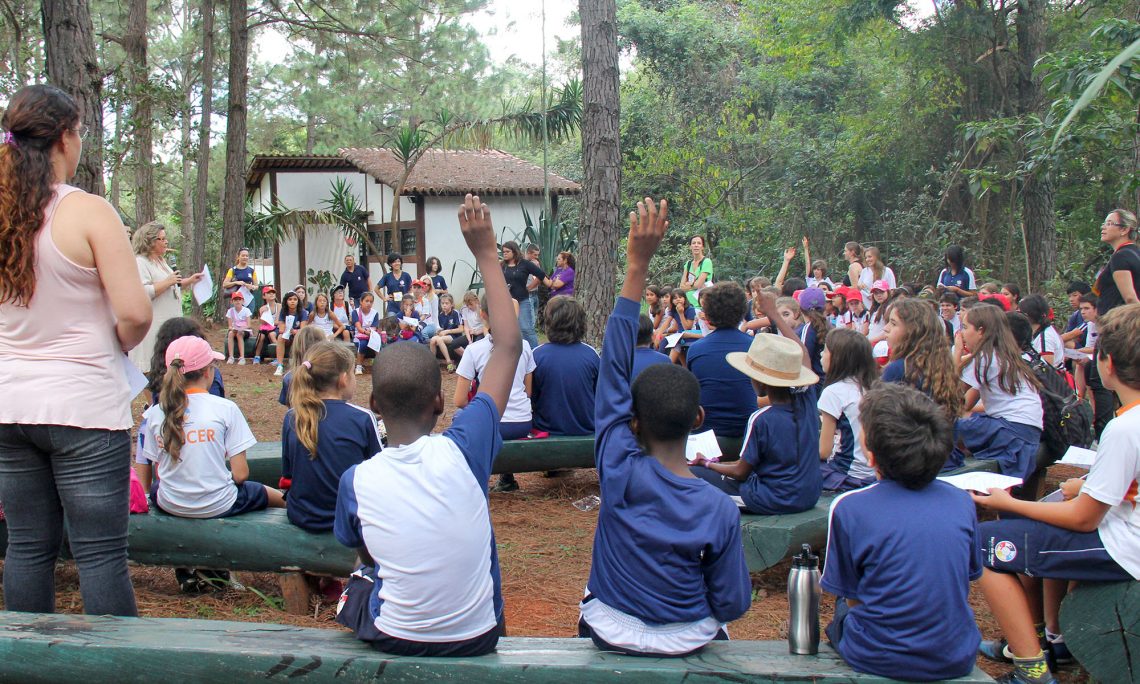 Children participate at the event at the Botanical Garden.

On April 22, the United States observed the 44th edition of the Earth Day, which had as theme “Green Cities”. The U.S. Embassy marked the date with activities at the Botanical Garden of Brasilia gathering approximately 150 fourth grade students from School of the Nations, American School of Brasilia and Colegio Seriös. Several representatives from official agencies spoke to the kids about their role in preserving the environment and how to bring that to their daily lives.

The students were divided in groups and participated in guided visits and environmental education activities monitored by the Botanical Garden’s staff, including the Evolutionary Garden, the Aroma Garden and the House of Permaculture.

According to the Embassy’s ESTH Counselor Kirsten Schulz, the event “made the students think about their role as individuals in turning the urban environment into a greener space by preserving our natural resources”.

The event had the participation Jeanito Gentilini, Director of the Botanical Garden of Brasília, Haroldo Machado Filho, from the United Nations, Silmara Vieira, Director of the Department of Urban Environment Management at the Secretariat of the Urban Environment and Water Resources, representatives from the Coordination of Environmental Education of the Chico Mendes Institute of Biodiversity Conservation Célia Pereira and Ana Lopes, and Dalmo Rodrigues da Silva, Coordinator of the Conservation Units for Sustainable Use and Biodiversity of the Brasilia Environment Institute.