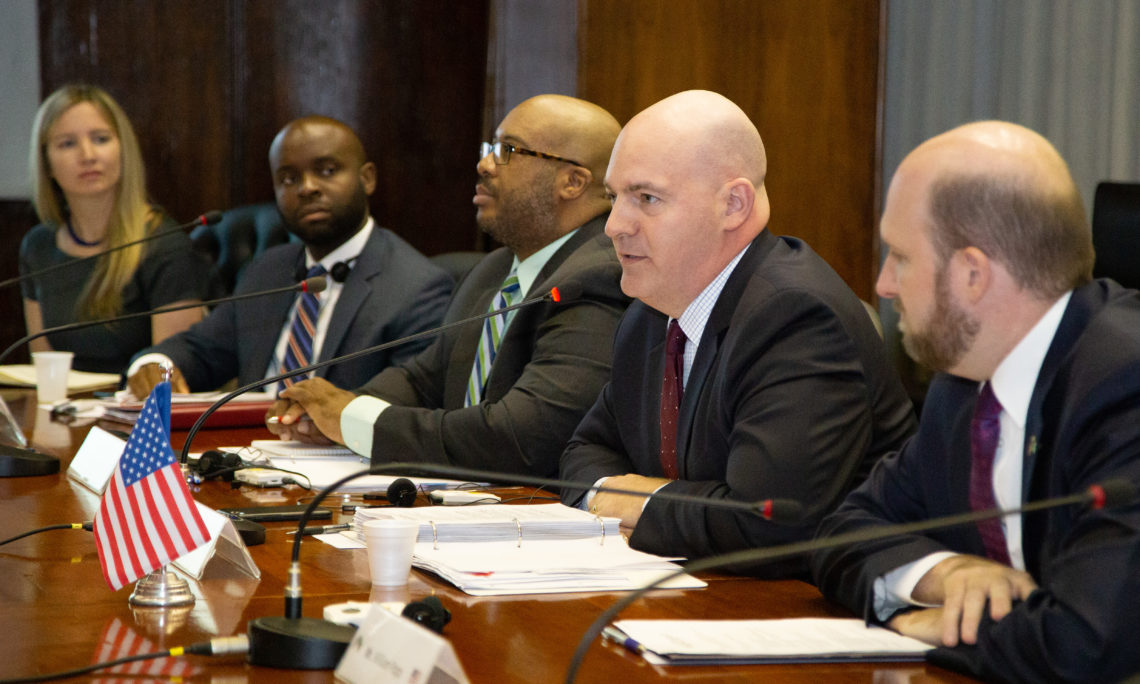 Assistant Secretary of State for Political-Military Affairs R. Clarke Cooper led the U.S. delegation at the 2019 U.S.-Brazil Political-Military Dialogue on October 10 in Brasilia.  Assistant Secretary Cooper co-chaired the meeting with Brazilian Ambassador Alessandro Candeas, Head of the Department of Defense and Security Affairs in the Ministry of External Relations, and General Ricardo Rodrigues Canhaci, Deputy-Chief of Policy and Strategy in the Ministry of Defense.

“The United States and Brazil have a partnership rooted in a shared commitment to expanding inclusive economic growth and prosperity; promoting international peace and security and respect for human rights; and strengthening defense and security cooperation,” said Assistant Secretary Cooper, “The commitment of both our governments to an open and frank dialogue on such broad topics – with both our diplomats and military officers in the same room – speaks to the respect our countries have for each other.”

The Dialogue builds on the 2015 Defense Cooperation Agreement between the United States and Brazil, the meetings between President Donald Trump and President Jair Bolsonaro in March and June 2019, President Trump’s formal designation of Brazil as a Major Non-NATO Ally on July 3, as well as the inaugural U.S.-Brazil Strategic Partnership Dialogue chaired by Secretary of State Pompeo and Brazilian Foreign Minister Ernesto Araujo held in Washington on September 13.

Assistant Secretary Cooper is the Department of State’s chief policy expert in international security, security assistance, military operations, defense strategy and plans, and defense trade.  The Dialogue advanced cooperation between the United States and Brazil on our shared objectives, including stronger regional security.