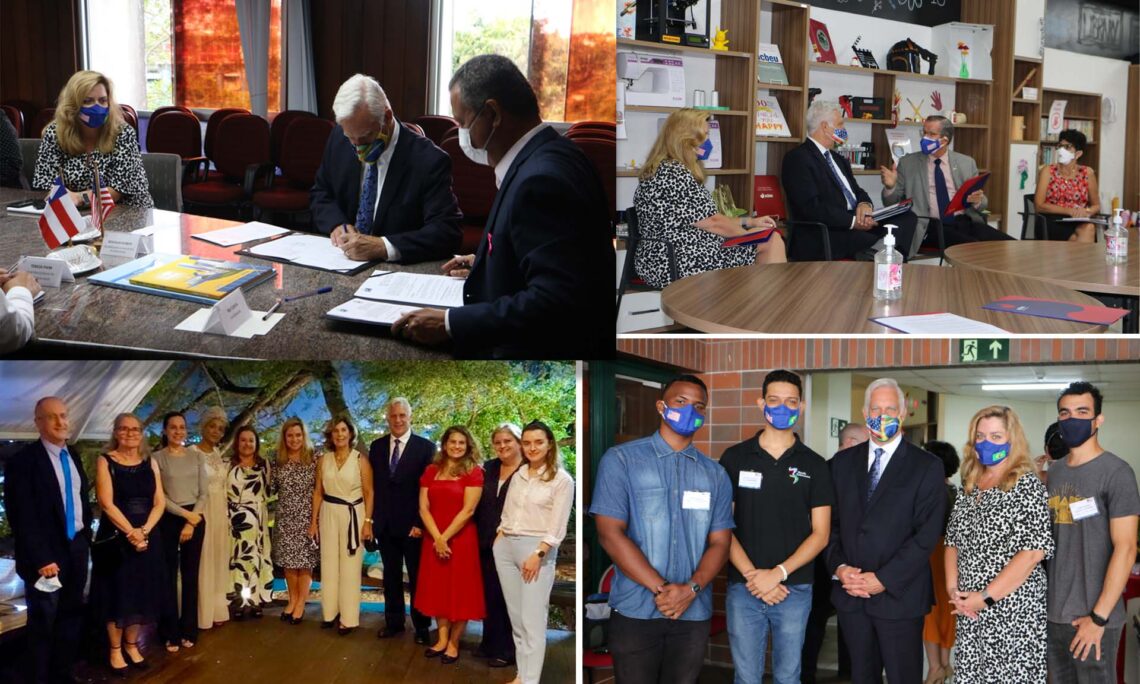 Rio de Janeiro, October 19, 2021 –  On October 13, the Charge d’Affaires of the U.S. Embassy and Consulates in Brazil, Douglas Koneff, and the Governor of Bahia, Rui Costa, signed a Memorandum of Understanding (MOU) between the U.S. Embassy and Consulates in Brazil and the State of Bahia. The signing reflects the intent of both parties to expand joint cooperation in areas such as health, education, public security, and environment.  The U.S. Consulate General in Rio de Janeiro will represent the U.S. government in providing continuity to the implementation efforts.

The MOU was signed during a ceremony at the Governor’s Office and establishes clear goals, parameters, and results for the exchange of information, best practices, services, and technologies in these areas, in addition to facilitating the exchange of experts and technical visits.

“We are very excited to take our relationship with the State of Bahia to an even higher level.  Our history of collaboration shows that we have the potential to further expand business and social development opportunities that will improve the lives of Bahia’s citizens,” said Koneff.

The U.S. Embassy and Consulates in Brazil have already signed MOUs to strengthen bilateral relations with other Brazilian states, such as São Paulo, Espírito Santo, Rio Grande do Sul, Santa Catarina, Paraná, Pernambuco, and Mato Grosso. These agreements allow closer working relationships that focus on identifying and prioritizing areas of cooperation.

The new U.S. Consul General in Rio de Janeiro (the Consulate that provides coordination with the state of Bahia), Jacqueline Ward, also participated in the event.  She is on her first trip to the state, where she learned about Bahian culture and visited partner institutions to discuss future opportunities for collaboration.