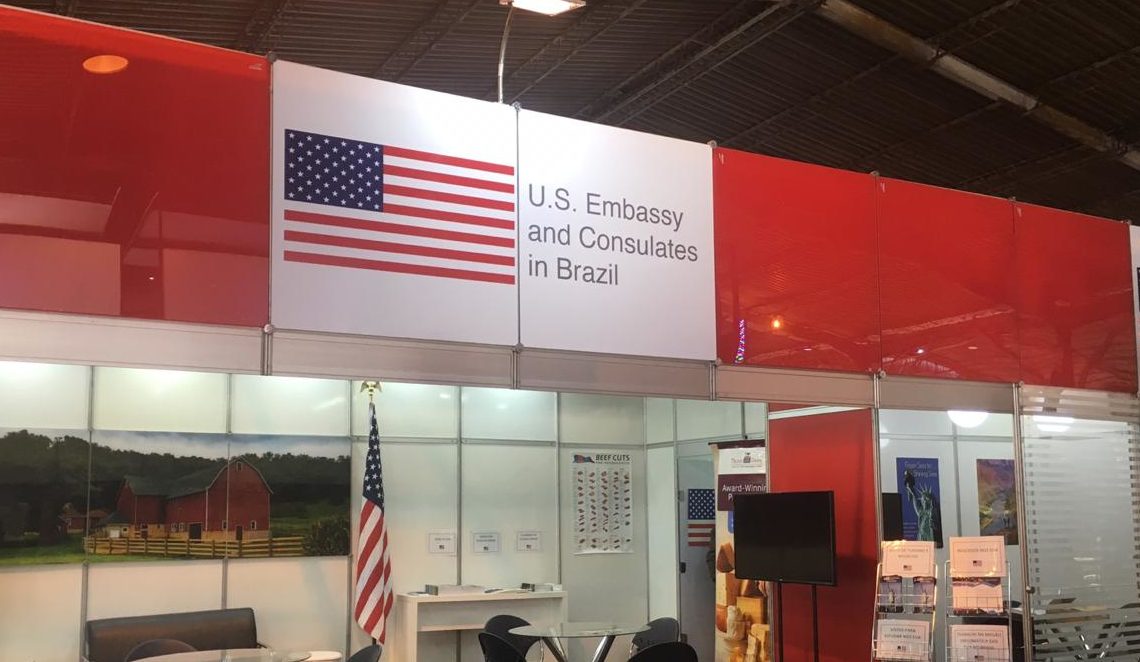 The U.S. booth in the International Pavilion will have information on tourism and educational opportunities in the United States.

Porto Alegre, August 23, 2019 – The United States Consulate General in Porto Alegre, in cooperation with the U.S. Department of Agriculture and the U.S. Department of Commerce, will launch its booth at the 42nd Expointer’s International Pavilion this Saturday, August 24. United States Chargé d’Affaires in Brazil William Popp will attend the official opening, scheduled for Thursday, August 29, at 3:00 pm.

On Thursday, 29, at 10:30 am, at Pista B Center of Events, the U.S. Agricultural Counselor in Brazil, Mr. Oliver Flake, opens the seminar with remarks on The U.S. perspective on Trends in Global Beef Exports and Genetics, followed by Ms. Sophie Eaglen, International Programs Director at the National Association of Animal Breeders.

Quinta-feira, 29
O que: Seminar – The U.S. perspective on Trends in Global Beef Exports and Genetics
Horário: 10:30 am to noon
Local: Pista B Center of Events

For more information, please contact the Public Affairs Section of the U.S. Consulate General in Porto Alegre: +55 (51) 3345-6128/6110 and/or portoalegreimprensa@state.gov