The U.S. Embassy and Consulates in Brazil have the pleasure to announce the 2020 Brazilian Women Making a Difference Award. The award honors Brazilian women who are making a positive impact on their communities and serving as forces of inspiration to their fellow citizens. The Award honors women who have been working in their communities and beyond to promote economic and environmental initiatives, civic engagement, and to advance the inclusion and rights of migrants and refugees, religious minorities, ethnic minorities, indigenous communities, women with disabilities, and other historically marginalized groups. 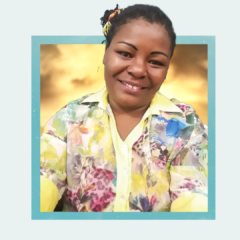 ARQMO represents approximately 10,000 quilombolas from thirty-seven communities; each with their own unique needs and traditions.  In order to better understand their needs, Claudinete spearheaded an effort to collect living data for the government as a basis for the allocation of resources.  As a result, in coordination with the Brazilian government, her organization has implemented social projects in education, sanitation, food security, environment, and strengthening family agriculture.

Because of this work, communities are better equipped to communicate their needs to the government.  Claudinete is a strong woman, who has taken great personal risk to improve her community through better prioritization of government resources.  She truly is a Brazilian Woman Making a Difference. 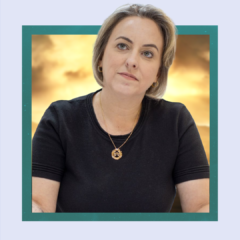 Judge Jacqueline Machado is one of Brazil’s leading advocates for protecting women from domestic violence.  In the State Court of Mato Grosso do Sul, she is responsible for the Domestic Violence Specialized Court and was the driving force behind the creation of the Campo Grande Casa da Mulher Brasileira, the country’s first one-stop center that assists survivors of domestic violence.

Judge Jacqueline Machado spoke at the 2019 UN Conference on Communications, Health, and Women’s Rights in Campo Grande and Dourados,.  Machado frequently presents on radio and TV shows in Mato Grosso do Sul on her projects to prevent gender-based violence.

She is also a supporter of “Florescer,” a mobile unit that reaches out to rural women to raise awareness of women’s rights and “Mãos EmPENHAdas,” teaches beauticians and manicurists to identify signs of gender-based violence and direct clients to support resources. Machado makes a difference by protecting women and girls. 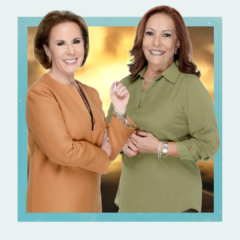 Janete Vaz and Sandra Soares Costa are the co-founders of Sabin, a Brasilia-based biomedical laboratory that has 5,400 employees and 296 locations. These two women made Sabin profitable in a male-dominated field by offering unique services, a pleasant client experience, and providing hands-on leadership. They were pioneers in the electronic delivery of lab results in Brazil.

Over the past 36 years, they have created an environment that empowers women; Sabin was recognized four times by the ‘Great Place to Work’ consultancy as the best place for a woman to work in Brazil.  They also demonstrate strong social values and give back to the community through Instituto Sabin.  In 2019, this non-profit organization invested US$ 1.2 million* in social projects that positively impacted 40,000 people.

They share their experience as speakers on women’s leadership, women in STEM, and women’s economic empowerment.  They are role models who are making a difference in the health and well-being of Brazilians each and every day. 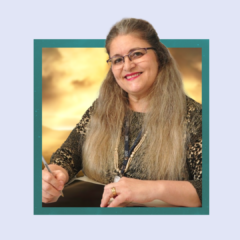 Jeanne Aguiar has dedicated more than two decades to improving human rights and ending trafficking in persons (TIP) through her position at the Secretary of Social Defense of Pernambuco, most recently as the head of the nucleus to combat TIP.

She has used her own personal resources to rescue TIP victims and keep TIP prevention in the spotlight.  She works tirelessly to build a coalition of partners to counter TIP.  Aguiar has served as the Executive Secretary of the Public Security Council for the Northeast, as a member of the state committee on human rights, and on the national committee to combat TIP.

She regularly shares her knowledge and expertise through classes, trainings, and workshops for the police, Ministry of Justice, and NGOs.  The work she does makes a difference in the safety and security of countless Brazilians. 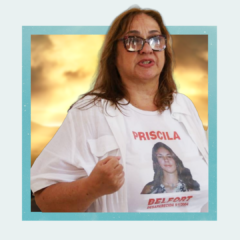 Jovita Belfort is the first Coordinator for Rio State’s Missing Person’s Department – a department she fought hard for many years to create.  After the disappearance of her daughter Priscila in 2004, Belfort became a civil society activist in the fight to establish an effective state response to missing persons cases.

Her hard work finally paid off six years ago when Rio state authorities agreed to create a working group dedicated to developing infrastructure to handle missing persons cases.  As a result, on January 9, 2019, the Department of Missing Persons was established under the State Secretariat of Social Development and Human Rights.

Belfort’s work caught national attention, with the federal government now pledging to create a national department for investigating missing persons’ cases.  Belfort is not only making a difference in Rio, she is leading Brazil in setting up protocols and procedures to handle missing persons cases nationwide. 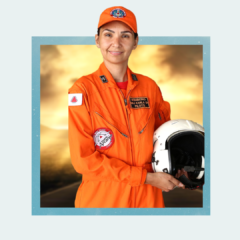 Major Karla Lessa is the helicopter pilot who hovered for seven minutes just feet from a rushing, deadly mud slide to orchestrate a complicated rescue after the devastating 2019 Brumadinho dam collapse.

Major Lessa is the first woman helicopter commander for the Fire Department in Brazil’s history, and she became a regional symbol of courage and solidarity in what is now considered to have been the largest search and rescue operation ever undertaken in Brazil.  Only 9% of the 5,950 firefighters in Minas are women and Major Lessa told Embassy staff she is committed to helping her organization overcome gender discrimination and recruit more women.

For Lessa, an increase in the number of women would result in better solutions for the Fire Department’s practical problems, offering wider and more diverse perspectives.  Major Lessa says that while she works toward gender equality in her ranks, she will continue to share her experience as an inspirational example for others.

Major Lessa is a champion for women and a hero for all. 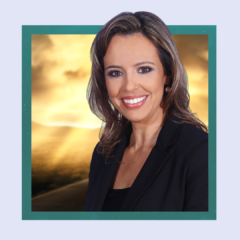 Nadine Anflor is the first woman to rise to the rank of Chief of the Civil Police in Rio Grande do Sul, overseeing a massive organizational structure including thousands of civil police officers, investigators, and local precinct chiefs.

Based on her success in leading at the front lines of law enforcement, Chief Anflor was assigned to create a specialized police unit focused on emergency response and investigation of gender-based violence towards women.  Over the course of ten years, Chief Anflor expanded this network to include 22 stations throughout Porto Alegre.  Due to these specialized units, gender-based crimes are no longer an invisible social problem, but are receiving the specialized attention they require.  In the wake of the Lava-Jato corruption scandal investigations,

Further, in 2019, she co-founded the Department for the Protection of Vulnerable Groups.  This ambitious project, which she began planning in 2008, created an umbrella organization that covers units dedicated to combatting hate crimes, crimes against children, the elderly, and women.  The result is a streamlining of human resources and infrastructure, and the ability to respond on a 24/7 basis.