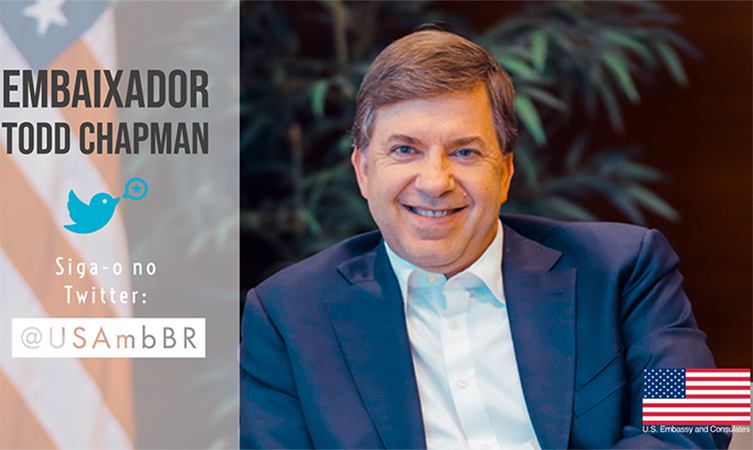 Brasília, April 22, 2020: Ambassador Todd Chapman arrived on March 29, 2020, and officially launched his Twitter account (@USAmbBR) on the same day. Now with more than 25,000 followers, the goal is to have a direct channel with Ambassador Chapman and get the latest news on the Brazil-U.S. relationship, observations of politics, culture and activities developed by the US Embassy and Consulates in Brazil.

About the Twitter account, Ambassador Chapman said: “I am pleased to have the opportunity to share my thoughts with all of you and to participate in a lively exchange of ideas!”