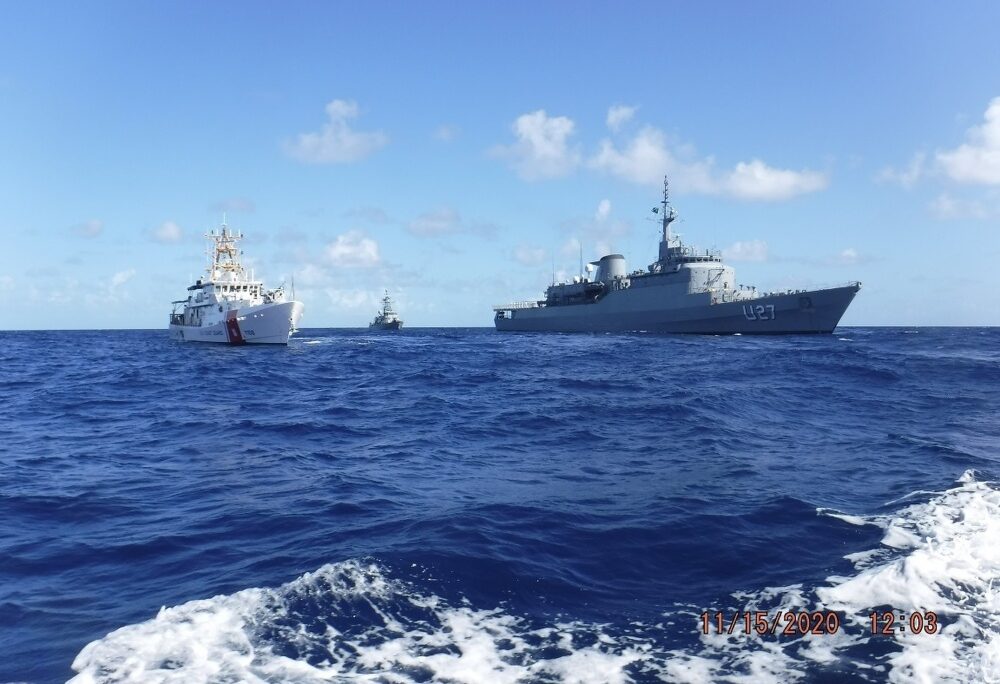 The Charles Sexton crew and partners held the ceremony near the last known location of the R12 submarine. The ceremony included brief remarks, a minute of silence, and the laying of two wreaths by the Brazilian crew, representing each country participating.

U.S. Ambassador to Brazil Todd Chapman stated, “The United States and Brazil have an unforgettable history together. A history marked by advances and victories, yet also marked by occasional tragedies. We share these together as partners and allies. The incident of R12 may not capture headlines anymore, but the legacy of shared sacrifice in the face of tyranny cannot be forgotten.”

The submarine R12 departed Key West on June 12, 1943, for routine training operations with 45 U.S. Navy sailors and two Brazilian navy observers embarked. At 12:23 p.m., the collision alarm was sounded, and it was reported the forward battery compartment was flooding. In an estimated 15 seconds, R-12 sank, taking 42 officers and enlisted crew members with it, including the two embarked Brazilian officers. Only the bridge watch, which included the commanding officer, survived. The five surviving men were picked up by the submarine chaser SC-449 around 6 p.m. the same evening.

On Nov. 6, 2020, the training ship Brazil and crew moored at Station Mayport, Florida, and the commanding officer and crew met with Coast Guard crews from the cutters Maria Bray, Hammer, Tarpon, and Heron.

This engagement allowed the Brazilian navy and Coast Guard crews to interact and develop stronger partnerships offering relationship building for both countries. This was the first port call for the Brazil crew, and it also allowed them to experience U.S. culture and the diversity America offers.