Home Home / News & Events / U.S. and Brazil sign the joint Statement of Intent for cooperation in the Artemis Program 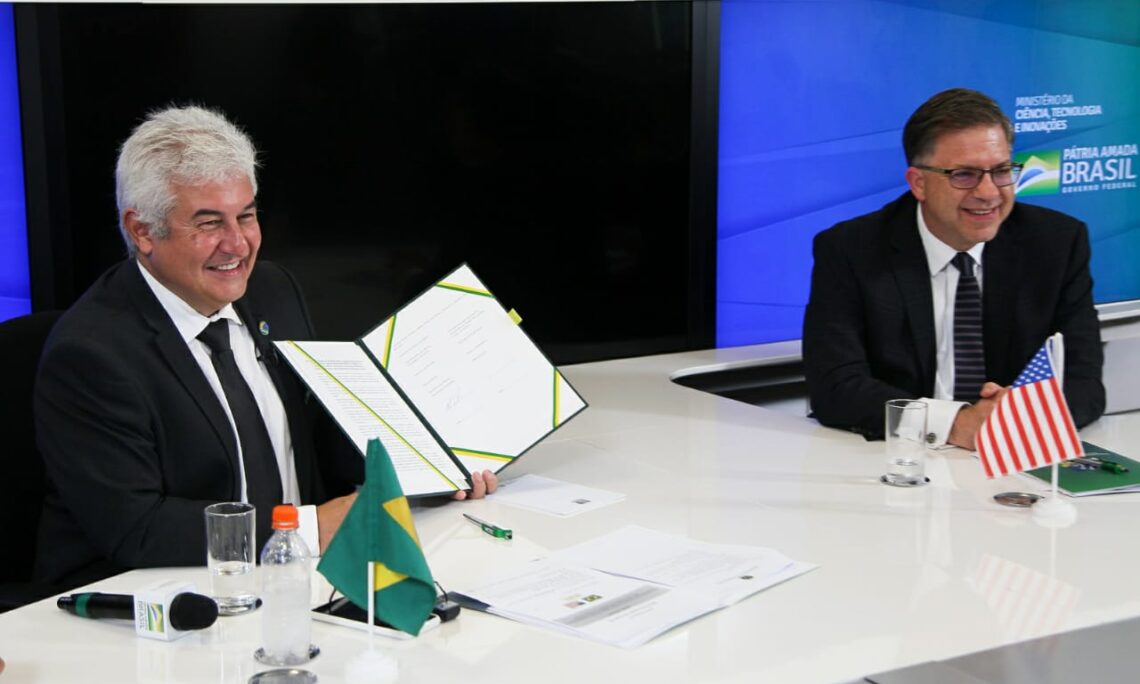 Brasilia, December 14, 2020: The NASA Administrator Jim Bridenstine and Brazil’s Minister of Science, Technology, and Innovation (MCTI) Marcos Pontes signed a joint statement of intent during a virtual meeting on December 14, 2020. The statement describes the Government of Brazil’s intent to be the first country in Latin America to sign the Artemis Accords and thereafter contribute a robotic lunar rover in addition to conducting lunar science experiments and other research as part of the Artemis Program.

“I am pleased to sign this Statement of Intent with Minister Pontes today,” Bridenstine said. “International partnerships will play a key role in achieving a sustainable and robust presence on the Moon while preparing us to conduct a historic human mission to Mars.”

“The U.S.-Brazil space partnership helps ensure responsible and safe access and use of space for all of us. The partnership between our two countries is robust and our relationship is critical to peace and prosperity for our citizens, not just in America and Brazil, but in the Western Hemisphere and across the globe.”, remarked the U.S. Ambassador to Brazil, Todd Chapman.

Through Artemis, NASA will land the first woman and next man on the Moon and establish sustainable lunar surface exploration with our commercial and international partners. Artemis is the next step in human exploration and is a part of NASA’s broader Moon to Mars strategy. Specifically, NASA’s lunar operations will provide the Agency with the experience and knowledge necessary to enable a historic human mission to Mars. The Artemis Accords are a practical set of principles that reinforce and implement the 1967 Outer Space Treaty and guide space exploration cooperation among nations participating in NASA’s Artemis program. These principles include peaceful exploration, transparency, interoperability, rendering emergency assistance, the public release of scientific data, and much more.