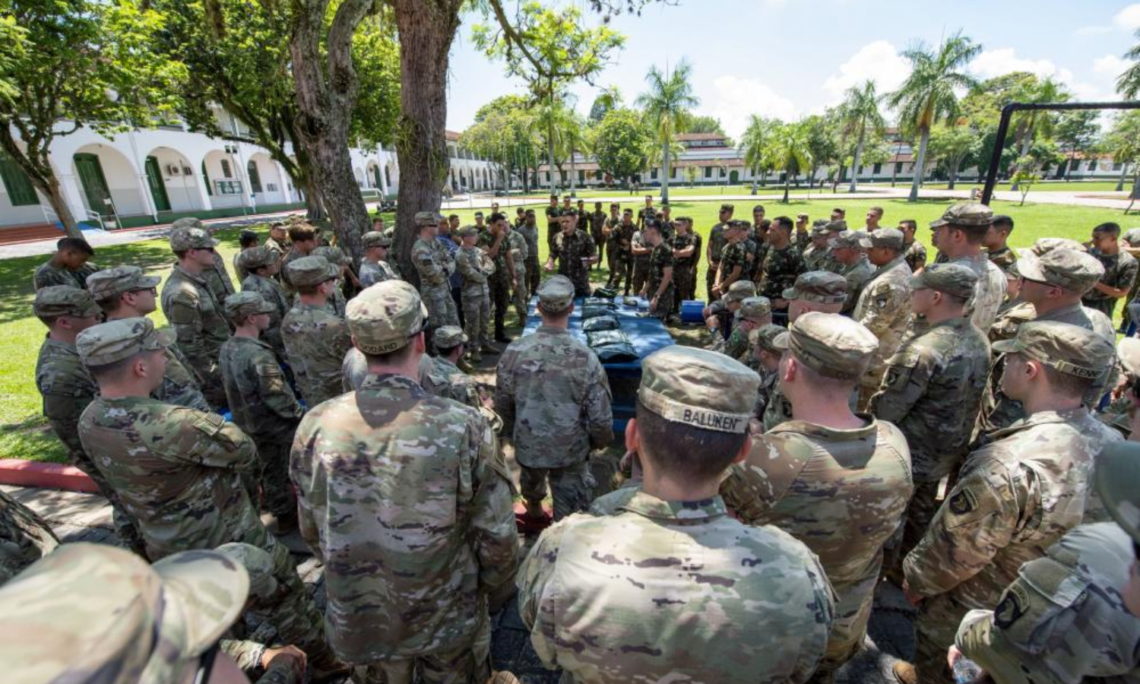 CORE 21 will be the first combined exercise performed by U.S. troops in Latin America

Brasilia, December 3, 2021: The United States and Brazilian Armies will hold a combined exercise between both countries from December 6 to 16. The CORE (Combined Operations and Rotation Exercise) will take place in the cities of Lorena (SP), Cachoeira Paulista (SP) and Resende (RJ).

CORE 21, the first combined exercise performed by U.S. troops in Latin America, will be conducted by a task force of the 5th Light Infantry Battalion, based in Lorena (SP), and the Marine Company of the 101st U.S. Army Air Assault Division.

Approximately 990 military personnel – 750 Brazilians and 240 from the U.S. will join the exercise. This exercise is part of an ongoing military cooperation and training program between the two armed forces.

*Media credentialing is being conducted by the Brazilian Armed Forces. Journalists may request credentials at the following link: https://forms.gle/CX5tXvDkdagVWUhG9