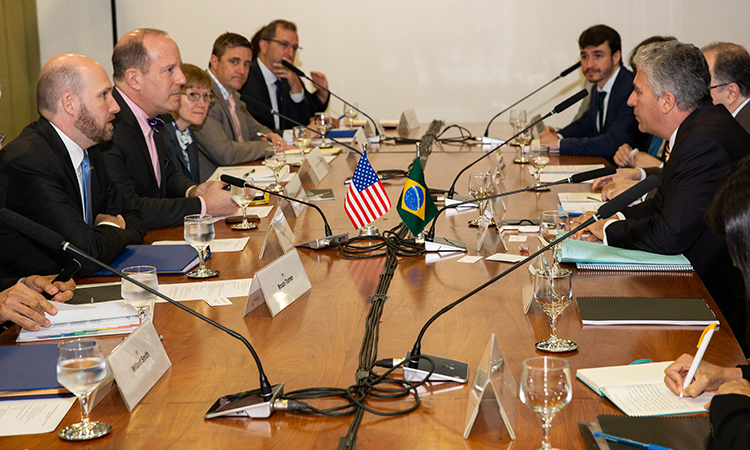 Brasília, June 4, 2019 – The United States and Brazil held their latest Disarmament and Nonproliferation Dialogue in Brasilia, Brazil on June 3, 2019. This meeting is one of several ongoing exchanges held by the United States and Brazil to strengthen bilateral cooperation in nuclear disarmament and arms control; export control; IAEA safeguards, and nuclear, biological and chemical weapons proliferation issues. Assistant Secretary of State for International Security and Nonproliferation Dr. Christopher A. Ford led the U.S. delegation with Chargé d’Affaires, a.i. William W. Popp in attendance. The Brazilian delegation was led by Ambassador Alessandro Candeas, the Director of the Department for Defense Affairs, and Ambassador Guilherme Patriota, the Permanent Representative to the UN’s Conference on Disarmament.

The United States is committed to a continued dialogue with Brazil to create an environment for nuclear disarmament, as well as to strengthen our partnership in increasing awareness and pressure on malign actors in the proliferation arena.  Our partnership is based on our shared values and steadfast commitments to promoting democracy, security, human rights, and peaceful prosperity. The 2019 Dialogue placed special emphasis on U.S. and Brazilian efforts to counter and condemn the illegal pursuit of weapons of mass destruction and their means of delivery, including by Iran, the DPRK, and non-state actors.