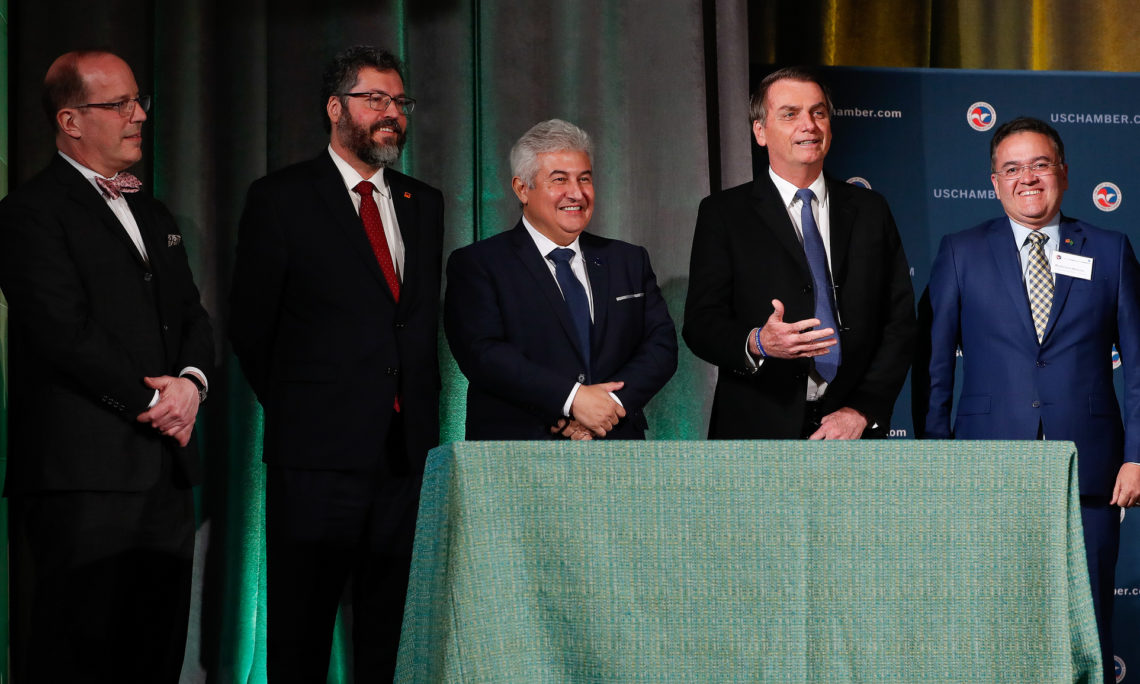 On March 18, U.S. Assistant Secretary of State for International Security and Nonproliferation Christopher Ford and Brazilian Minister of Foreign Relations Ambassador Ernesto Araujo signed the Technology Safeguards Agreement between the Government of the United States of America and the Government of the Federative Republic of Brazil on technology safeguards associated with U.S. participation in space launches from Brazil.

Upon entry into force, the Agreement will establish the technical safeguards to support U.S. space launches from Brazil while ensuring the proper handling of sensitive U.S. technology consistent with U.S. nonproliferation policy, the Missile Technology Control Regime (MTCR), and U.S. export control laws and regulations.