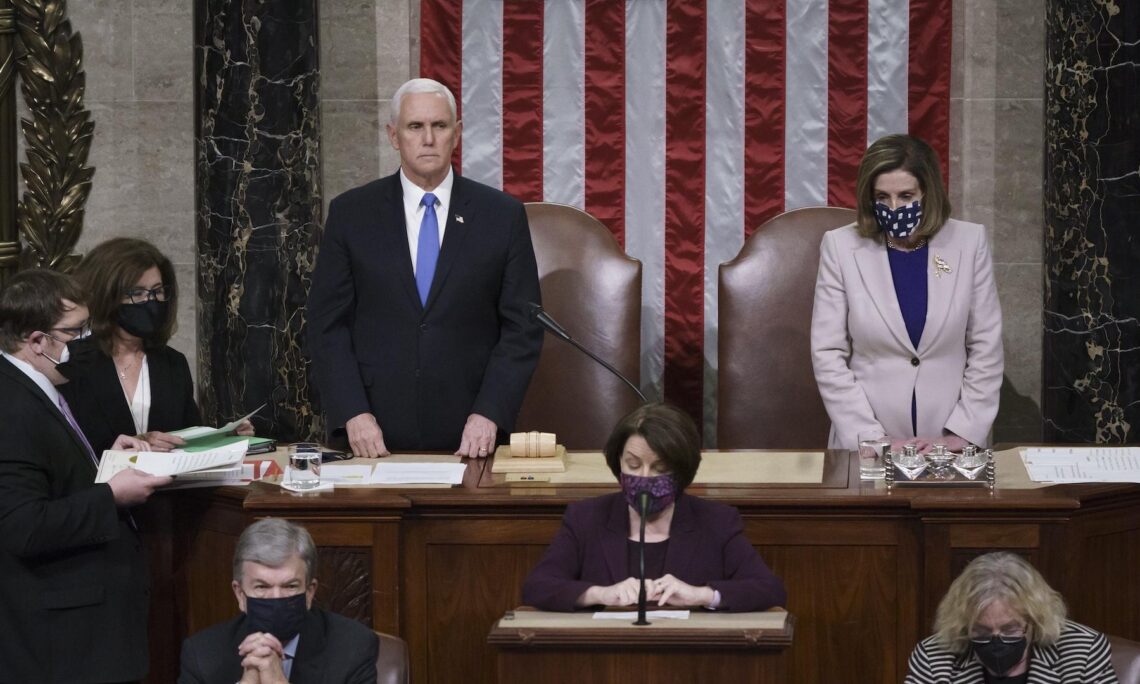 In certifying the results, Congress overcame and repudiated efforts to disrupt the certification on the afternoon of January 6.  Prior to this Congressional certification, secretaries of state or electoral commissions of every state in the nation and in the District of Columbia certified the Electoral College results.

Numerous elected U.S. officials have publicly expressed views regarding the certification of the Electoral College Vote and on the process moving forward:

In a joint statement by the Cybersecurity and Infrastructure Security Agency (CISA), the Election Infrastructure Government Coordinating Council (GCC), and the Election Infrastructure Sector Coordinating Council (SCC), it was noted, “The elections on November, 3, 2020,  was the most secure in American history…there is no evidence that any voting system deleted or lost votes, changed votes, or was in any way compromised…we have the utmost confidence in the security and integrity of our elections.” State legislatures, governors, election experts and current and former officials from across the political spectrum have reiterated the strength and security of the 2020 Presidential election, “The American people can have confidence that this election was fundamentally fair, its integrity will be upheld, and its outcome is clear.” (Former President George W. Bush)

Brazil and the United States are partner nations that share a commitment to the values and practices of a vibrant democracy.  The Embassy and Consulates of the United States in Brazil invite American citizens and our Brazilian friends to join in observing the inauguration proceedings on January 20, 2021, marking another important peaceful transition of government that is the hallmark of democracies around the world.