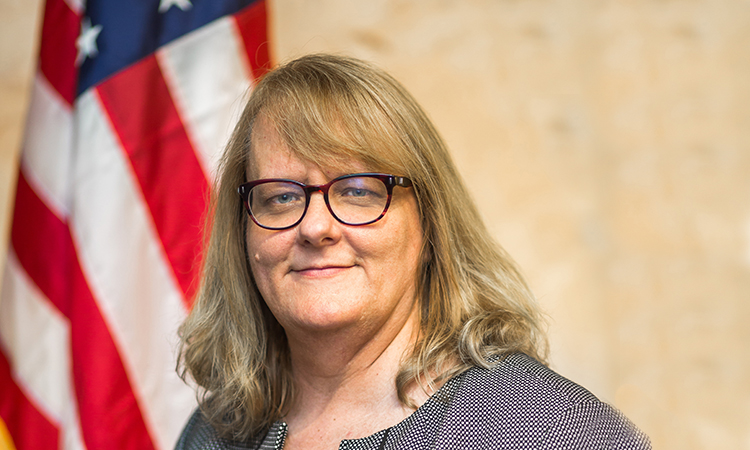 Julia Harlan led the reopening of the U.S. consulate in 2017 and boosted business partnerships and security and education initiatives in southern Brazil

During her tour, the Consulate issued more than 130,000 visas, the bonds of friendship between Rio Grande do Sul, Santa Catarina and the United States were strengthened and numerous business opportunities were created. Rio Grande do Sul welcomed American missions from the health and agricultural sectors, took important steps towards internationalization by hosting SelectUSA seminars and created the first Brazil-United States state parliamentary front. It was under Julia’s leadership that the United States returned to Expointer with its own stand after 25 years. Santa Catarina also welcomed SelectUSA seminars and commercial missions.

She also focused on cooperation in the areas of public security and education during her tenure. American police officers trained in combatting gender-based violence, counterterrorism and border control provided training to local peers. Hundreds of young people and adults from Rio Grande do Sul and Santa Catarina participated in exchange programs sponsored by the U.S. government, including the Youth Ambassadors and the International Visitors Leadership Program (IVLP). English teachers from public schools received training to improve the teaching of the language, and public school students were able to attend free English classes. In higher education, PUCRS, the University of Caxias do Sul and the State University of Santa Catarina opened EducationUSA student advising offices to offer free guidance to those interested in studying in the United States.

In these three years, the consul general and her team have also worked to share the plurality of the American culture. Residents of Rio Grande do Sul and Santa Catarina were able to taste traditional African American dishes prepared by chef Jerome Grant, from the Smithsonian National Museum of African American History and Culture in Washington, DC, and to applaud the music of the gospel band Oscar Williams and the Band of Life, which performed on the traditional stage of the São Pedro Theater.

In the words of the United States Ambassador to Brazil, Todd Chapman, “Julia Harlan’s leadership as the consul general in Southern Brazil has increased the level of the United States involvement in the region. We will continue to benefit from this engagement for years to come”.

“I will not forget the great moments I lived here and the great friends I made”, says Julia, who together with her husband and two children, is now leaving southern Brazil.

The new Consul General of the United States Consulate in Porto Alegre, Shane Christensen, is expected to arrive in the state capital next week.