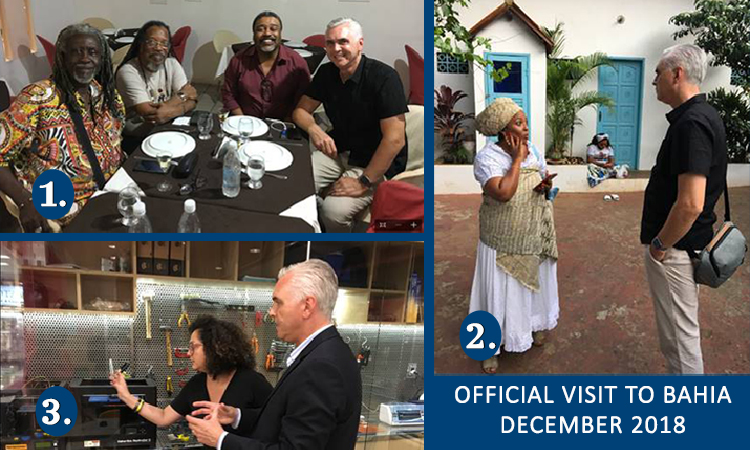 U.S. Consul General in Rio de Janeiro Scott Hamilton visited Salvador, in Bahia, for the first time in early December, when he had the opportunity to get to know important symbols of Bahia’s history and culture, as well as its afrodescendant heritage, which has many similarities to the Afro-American heritage.  Consul Hamilton visited Pelourinho, met with leaders of Ilê Aiyê, Antônio Carlos dos Santos Vovô, and Olodum, João Jorge Rodrigues.  He also went to one the oldest and most traditional terrenos de Candomblé in the city, where he met journalist and digital influencer Tia Má.  He took the chance to visit ACBEU, an important partner of the Consulate in English language programs, and the headquarters of Correio da Bahia newspaper.