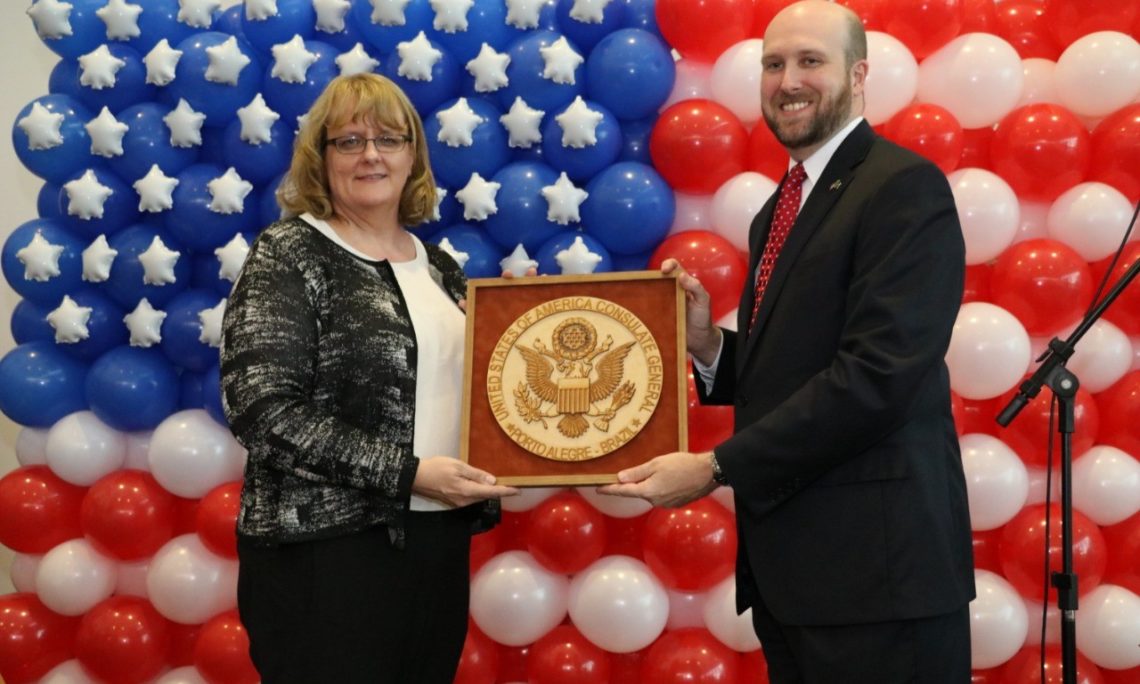 The new designation was established by the U.S. Department of State and approved by the Brazilian government as a result of the post’s evolution well beyond its original, purely consular, focus to encompass an increasing emphasis on political, economic, and security issues, as well as trade promotion and facilitation of commerce. The consulate works to expand the bilateral relationship between the states of Rio Grande do Sul and Santa Catarina and the United States.

During the announcement, Popp detailed the importance of the change: “The designation as a Consulate General recognizes the engagement of Consul General in Porto Alegre Julia Harlan and her team in all aspects of the bilateral relations between Southern Brazil and the United States. To become a consulate general indicates the unlimited possibilities our two countries have to cooperate and prosper together here in Rio Grande do Sul and in Santa Catarina”.

Ms. Harlan, who has led the consulate since its opening on June 27, 2017 revealed she was proud: “We have learned a lot of with the people of Rio Grande do Sul and with the people of Santa Catarina in these two years, and it made possible to our presence here to be successful.” So far, the Consul and her team have already traveled more than 2,500 miles in official visits across cities in southern Brazil.

Among the consulate’s most significant initiatives, the participation of Rio Grande do Sul business representatives in the SelectUSA program, aims to strengthen the internationalization process of local businesses. Important aspects of the American culture, such as gospel music and African American cuisine were brought to the South of Brazil by the gospel band Oscar Williams & The Band of Life and by the Executive Chef Jerome Grant from the Smithsonian National Museum of African American History & Culture. In terms of security cooperation, the consulate facilitated the exchange between American instructors and Brazilian military and civilian police seeking to address threats common to the two countries.

In the Education sphere, the Porto Alegre consulate has facilitated the opening of two new EducationUSA offices – the government official branch for promoting education in the United States – one in partnership with PUCRS, in Porto Alegre, and the second one with Udesc, in Florianópolis. Initiatives of the consulate also resulted in the travel of dozens of students, young entrepreneurs and seasoned professionals of Rio Grande do Sul and Santa Catarina to take part in study programs and leadership trainings in the United States. Consulate leading programs also brought to local audiences the know-how of U.S. specialists in law, innovation, games and entrepreneurship.