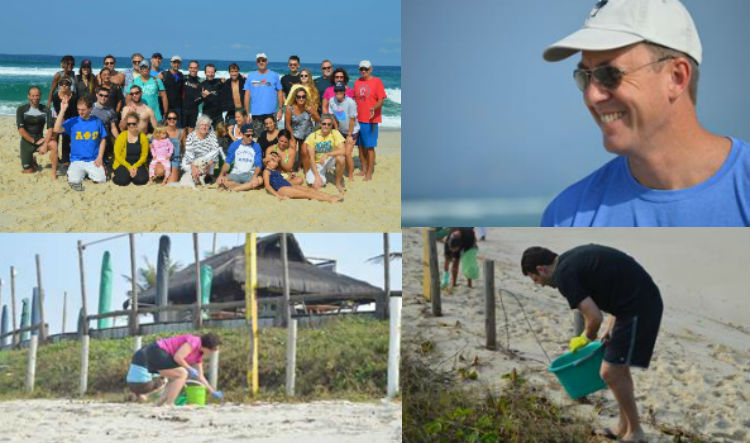 Working to further Secretary of State Kerry’s “Our Ocean” movement

Rio de Janeiro, July 8th, 2016 – In support of Secretary of State John Kerry’s “Our Ocean” initiative, U.S. General Consulate Rio de Janeiro organized a beach clean-up at Praia da Reserva, Barra da Tijuca, on Sunday June 19th.  The clean-up took place on the eve of International Surfing Day (June 20th), established by the SurfRider Foundation.  During the clean-up, Consul General James Story joined locals and surfers alike, including renowned big wave Brazilian surfing world champion, Carlos Burle.  Consul General Story said, “This was a great opportunity to give back to the environment, and leave the beach, a place that we often visit, better than how we found it.”

On September 15th and 16th, Secretary of State John  Kerry will convene the 3rd “Our Ocean” Conference in Washington, D.C.  It will focus on the future of the oceans including protecting marine areas, sustainable fishing, combating marine pollution, and oceanic temperature change.  Secretary Kerry has drafted an action plan, with political goals and best practice examples, designed to transform initiatives developed at the conference into a world policy for the oceans.