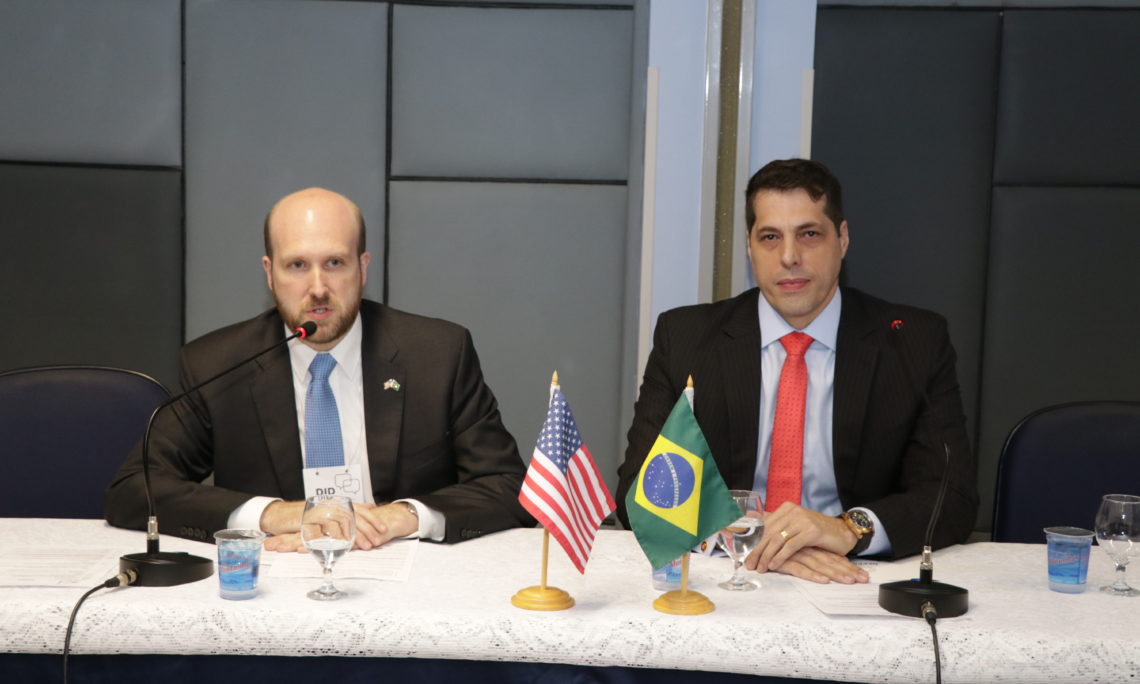 As part of the United States’ commitment to broaden and deepen its defense partnership with Brazil, a high-level delegation of U.S. officials from the Departments of Defense, State and Commerce, led by Chargé d‘Affaires to the U.S. Mission in Brazil, William Popp, attended the Defense Industry Dialogue (DID) today. The delegation will also attend the Latin American Aerospace and Defense (LAAD) exhibition, the largest conference and international trade fair dedicated to the Latin American armed forces and defense industries on April 2-5.

The DID follows successful recent visit of Brazilian President Jair Bolsonaro to the United States. In a joint statement upon his visit, President Donald J. Trump and President Bolsonaro reaffirmed their dedication to building a new partnership between the two countries. Both Presidents further welcomed the signing of a Technology Safeguards Agreement, enabling the use of U.S. technology in commercial space launches from Brazil once ratified by the Brazilian Congress.

The DID agenda highlighted the important announcements made during President Bolsonaro’s U.S. visit, reviewed recent success stories of U.S.-Brazil commercial partnerships, examined the potential for future cooperation in the commercial space sector, and reaffirmed the continued joint commitment to bilateral commercial defense trade and investment. Regarding the importance of the Dialogue, Chargé d‘Affaires Popp said, “The United States and Brazil are entering a new phase in the partnership between the two countries. It is an opportunity to better integrate industry into our already strong defense relationship, to identify opportunities for concrete commercial partnerships, to eliminate obstacles, and to encourage trade and investment.”

During LAAD, the delegation will participate in the official opening ceremony, tour several of the companies in the U.S. Pavilion, and engage in bilateral meetings with Brazilian government officials.

Delegation members:  Chargé d‘Affaires Popp and U.S. Consul General in Rio Scott Hamilton were accompanied by the U.S. Department of Defense Deputy Under Secretary for Policy David Trachtenberg and the U.S. Department of Commerce’s Director of Policy at the International Trade Administration, Joseph Laroski, who led delegations from their respective agencies.