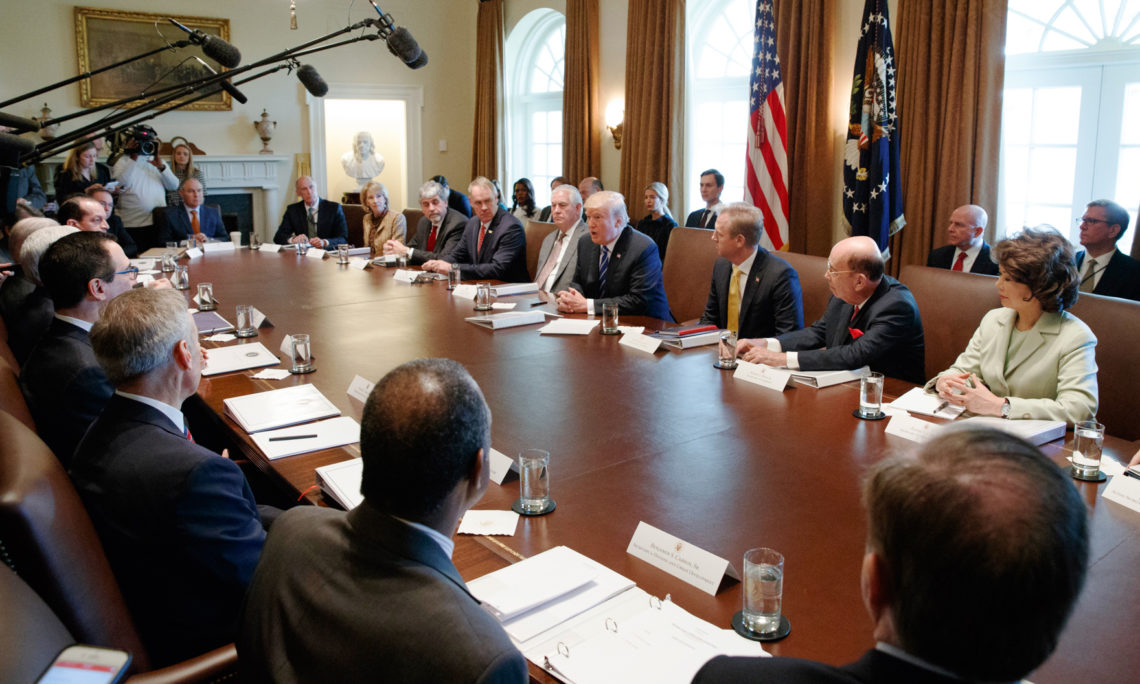 President Trump declared North Korea a state sponsor of terrorism and said the U.S. will levy the largest sanctions ever against North Korea.

“This designation will impose further sanctions and penalties on North Korea and related persons, and supports our maximum pressure campaign to isolate the murderous regime” of Kim Jong-un, the president said at a November 20 meeting of his Cabinet, a council of top U.S. officials.

The U.S. State Department maintains the list of state sponsors of terrorism, which enables new sanctions against countries that support terror. Countries on the list face harsh penalties, including:

North Korea already faces the toughest sanctions ever from the United Nations.

Countries that sponsor terrorism include Iran, Sudan and Syria. North Korea has been returned to the list after being removed in 2008.

“In addition to threatening the world by nuclear devastation, North Korea has repeatedly supported acts of international terrorism, including assassinations on foreign soil,” President Trump said.

The international community has condemned the North Korean regime. Nations of the world have bolstered their own sanctions against North Korea and downgraded diplomatic relations, including kicking out North Korean diplomats.

The U.S. Treasury Department will announce additional sanctions over the next two weeks, the president said.

“The North Korean regime must be lawful. It must end its unlawful nuclear and ballistic missile development, and cease all support for international terrorism,” President Trump said.

During President Trump’s trip to Asia in November, world leaders vowed to maintain maximum pressure on North Korea in the effort to denuclearize the Korean Peninsula.