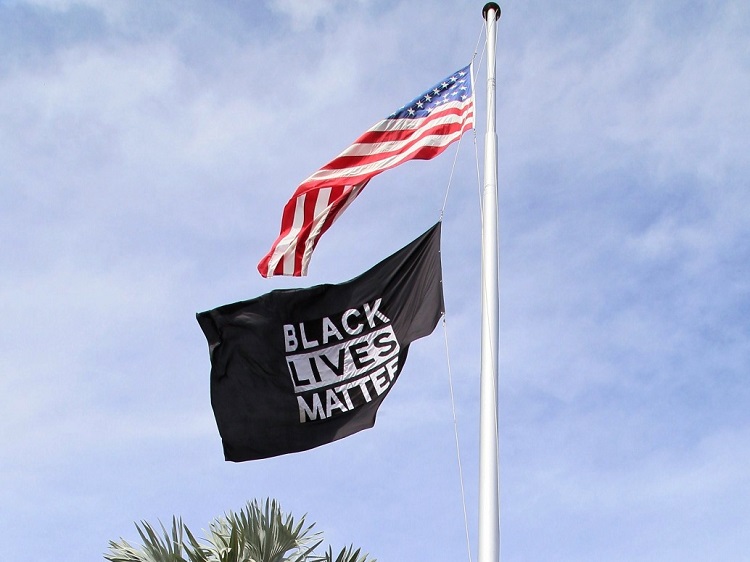 Brasilia, February 14, 2022: On Monday (14), the Black Lives Matter flag was raised on the premises of the U.S. Embassy and Consulates in Brazil to commemorate Black History Month and the birthday and life of Frederick Douglass – author, diplomat, politician and activist in the U.S. anti-slavery movement.

The Chargé d’Affaires of the U.S. Embassy and Consulates, Douglas Koneff, participated in the flag raising ceremony. “Our human character, democratic principles, brotherhood, and desire to push our societies forward drive us to fight for equity and opportunity everywhere. Today, we raise this flag to reiterate the importance of black lives around the world. The United States is committed to continuing this fight and collaborating with any others who wish to do the same,” said Koneff.

Black History Month, which has its roots in efforts since 1915, is an annual celebration officially recognized by the U.S. government, and is also celebrated in Canada and, more recently, in Ireland, the Netherlands, and the United Kingdom.

Black Lives Matter began with a hashtag that initially focused on treatment of racial minorities by police, but over time the phrase has garnered international attention and is connected to collective efforts to mitigate racism and build a more equitable society.

Photos of the event are available on Flickr: https://www.flickr.com/photos/embaixadaeua-brasil/albums/72177720296683