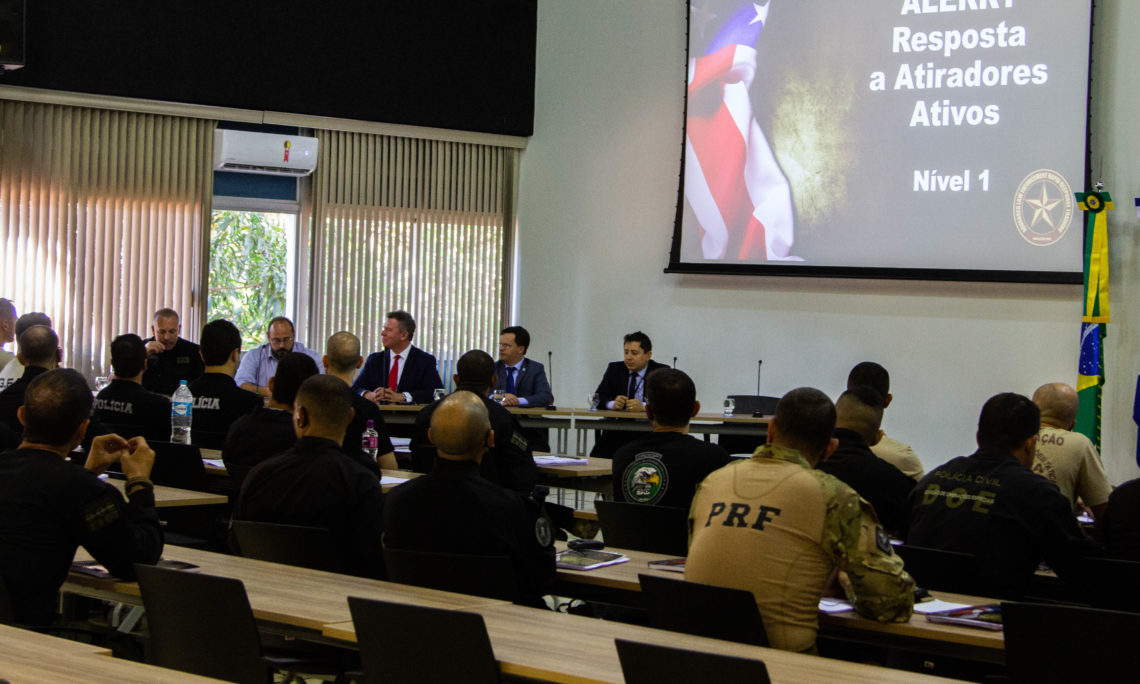 The U.S. Embassy and Consulates, the FBI in Brazil and the Department of Special Activities of the Federal District Civil Police (Depate / PCDF), with the support of the Brazilian Intelligence Agency (ABIN), promoted the training of Brazilian security agents to quickly and effectively respond to attacks involving shooters in public spaces. The Rapid Response to Active Shooters Course was taught by officers of the FBI Tactical Training Unit with experience in action on these types of attacks. The officers trained 62 Civil Police officers from nine states, as well as the Goiás and São Paulo Military Police, Federal and Highway Police Federal, agents of ABIN and the Legislative Police of the Chamber of Deputies.

The objective of the course was to train police officers who could share the FBI’s protocol on addressing these extremely dynamic and fast-paced events.  The course included theoretical instruction and operational instruction on procedures for forming a response cell during the attack of an active shooter.

This training is based on a longstanding cooperative relationship and mutual support in protecting the citizens of both countries.  U.S. law enforcement agencies routinely work in partnership with Brazilian federal and state law enforcement on a wide range of issues and training opportunities.