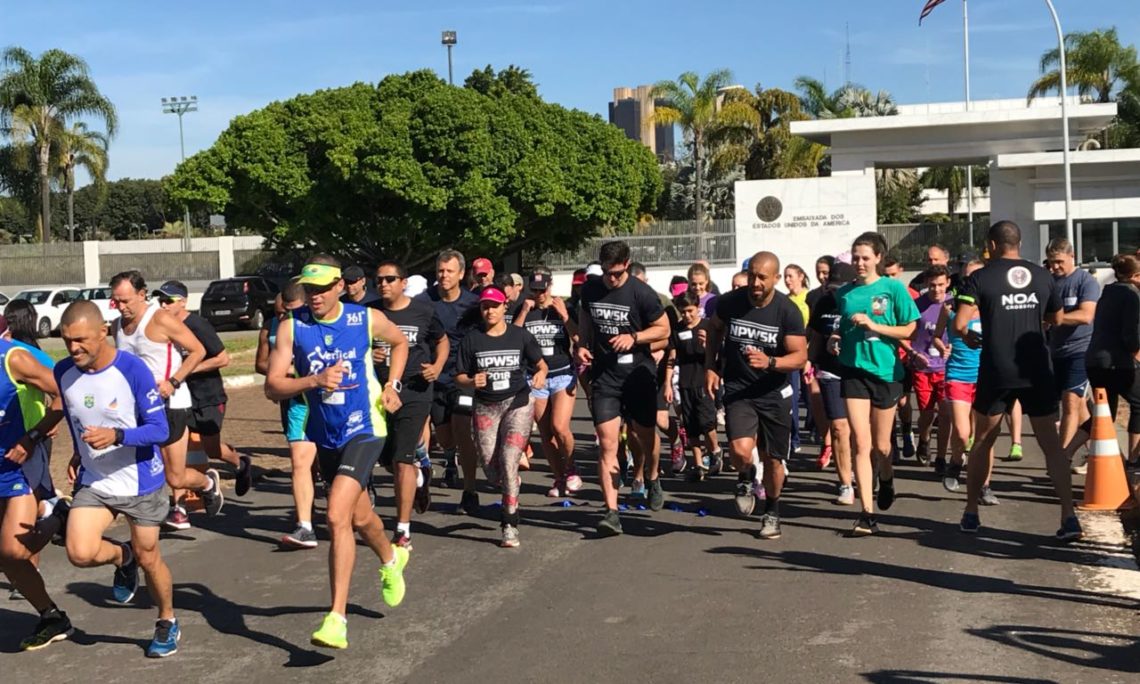 The U.S. Embassy’s Regional Security Office (RSO) highlighted National Police Week with a 5k charity run on May 12, along with key partners – The Federal District Military Police,Presidential Guard Battalion, DETRAN, CrossFit Noa and others.  The National Police Week 5k is sponsored by the Officer Down Memorial Page, a U.S. charity organization in Washington, D.C.  The event in Brasilia is part of a worldwide initiative by U.S. Diplomatic Security to honor fallen law enforcement officers in the United States and elsewhere.  Chargé d’Affaires William Popp delivered opening remarks before the race, thanking the local police, sponsors, volunteers and partners for the excellent collaboration in promoting and holding the event, and called for a moment of silence to honor fallen colleagues.  Approximately 100 participants attended the event, including police, Embassy staff, and other members of the community.

The RSO held the run to engage the community and further develop relationships with local law enforcement.  All proceeds collected from the run will be donated to charity.  The Federal District Military Police supports several local orphanages through their fund raising to which the Embassy will also make a contribution.  DETRAN provided security support for the run and the Special Battalion for Presidential Escort provided a motorcycle escort for the runners.  CrossFit Noa co-sponsored the run, conducted a warm-up for runners and set up fitness demonstrations in the grass area for post-run activities.  The Embassy’s Marine Security Guard Detachment set up a relay race type event as part of the post-run activities as well.  Local food trucks attended and sold their products before and after the event.

Photos of the event available on the Embassy’s Flickr page.