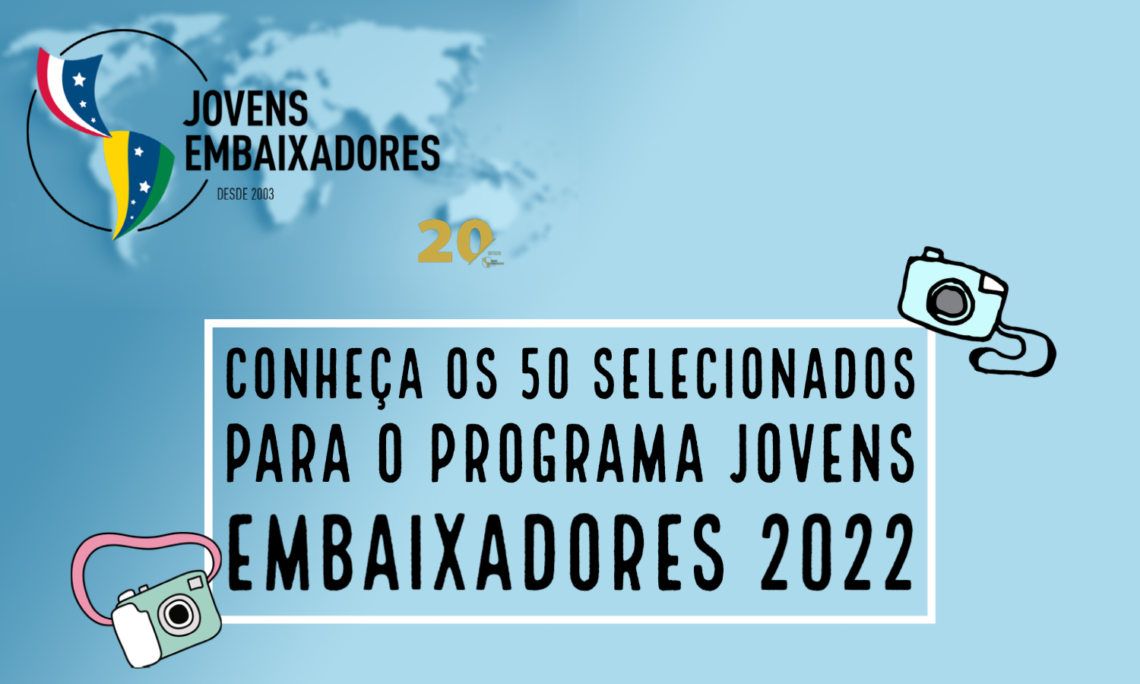 The program celebrates its 20th anniversary, and since its creation, 698 young Brazilians have participated in the exchange program

Brasilia, April 20, 2022: The U.S. Embassy and Consulate in Brazil announced on Wednesday (20), the names of 50 youth selected for the Youth Ambassadors 2022 program. This year, the initiative, that takes high school students from the Brazilian public school system to an exchange program in the USA, celebrates its 20th anniversary and, since its creation, 698 young Brazilians have participated in the program.

The Youth Ambassadors’ trip to the USA will take place from July 1 to July 18. During this period, they will visit the U.S. capital, Washington, D.C. and will take part in the Fourth of July celebrations. They will then move on in smaller groups for an experience in other American cities, where they will participate in activities such as workshops on leadership and entrepreneurship, social impact projects, meetings with U.S. government representatives, visit schools in the region, and give presentations about Brazil.

This year, the program includes at least one representative from each Brazilian state and the Federal District, and is sponsored by the U.S. Embassy and Consulates in Brazil, and is supported by partners from the public and private sectors.

The Youth Ambassadors program seeks students from public school system who think creatively to develop an idea, a product or service with the aim of benefiting not only themselves, but also their community. Regardless of whether they are large or small actions, or the area of entrepreneurship (social inclusion, education, culture, community credit, urban mobility, gender and race equality, environment, special needs, cooperatives in general, etc.), these young people seek to find impactful solutions to problems in their communities.

More about the Youth Ambassadors Program:

Created by the U.S. Embassy in Brazil in 2003, the program has the partnership with Brazil’s National Council of Secretaries of Education (CONSED), the State Secretariats of Education, the network of Brazil-U.S. Binational Centers, and U.S.=Brazil Exchange Alumini (USBEA). The program also has institutional support from FedEx, MSD, and IBM. Currently the Youth Ambassadors Program is implemented in all countries of the American continent and also has a reverse exchange program for young Americans to represent the USA in Latin America. Since its creation, 698 young Brazilians have participated in the program.