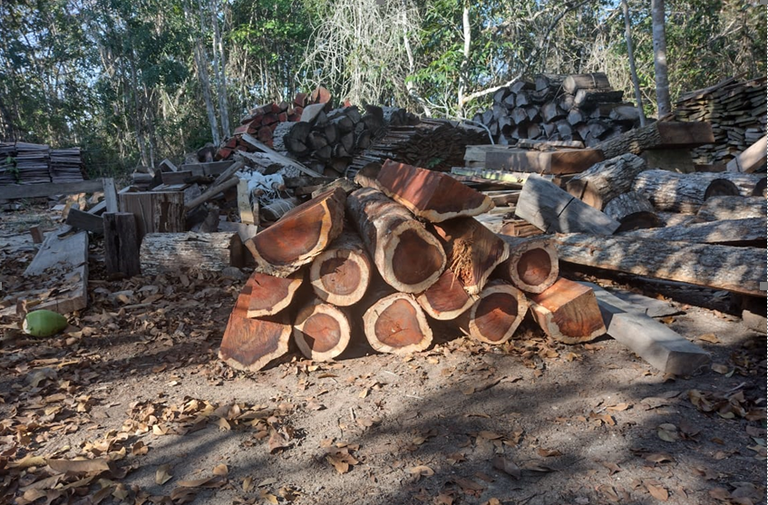 December 1, 2021: A press release issued on November 30 by Polícia Federal provides details of a joint U.S./Brazilian timber trafficking investigation and the execution of 20 search warrants in the State of Espirito Santo. The investigation involves the manufacture and export of musical instruments and parts, specifically, stringed instrument bows, derived from illegally sourced, rare and endangered timber from Brazil to the U.S., Europe and Asia.

The wood species from which the bows are derived, Paubrasilia Echinata known commonly as ‘Pau-Brasil’ or ‘Pernambucu’ is a rare species of wood listed as ‘Endangered’ under Brazil’s official list of endangered species of flora, Lista de Espécies da Flora Ameaçadas de Extinção, and the Convention on the International Trade in Endangered Species (CITES), to which the U.S. and Brazil are both Signatories (Party). Pau-Brasil is also recognized as the National Tree of Brazil with deep cultural significance to the country. Despite the foregoing protections, pau-brasil remains heavily traded internationally, widely regarded in the manufacture of quality musical instruments.

Today, the species is largely exasperated in Brazil but international demand for the wood has only increased. As quantities of any remaining legal stock in Brazil diminish, the price for Pau-Brasil has increased dramatically over the years, and a series of frauds have surfaced in Brazil designed to mask illegal sourcing of rare and slow-growing pau-brasil, in order to fulfill international market demand, including in the United States. By way of comparison, a custom viola bow made of rare pau-brasil wood weighing approximately sixty (60) grams, can sell for more than $6,200 USD in the United States, roughly the same price per gram as cocaine.

The U.S. is committed to working with Brazil to combat deforestation, timber trafficking, and related environmental crimes. This investigation highlights cooperation between the United States and Brazil to prevent extinction of endangered species and preserve our natural heritage for future generations.

Link to the press release of the Federal Police: https://www.gov.br/pf/pt-br/assuntos/noticias/2021/11/pf-combate-crimes-ambientais-no-norte-capixaba