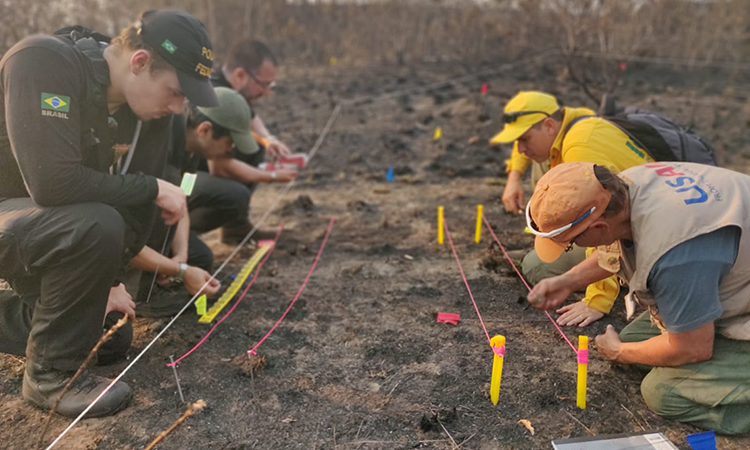 Brasilia, September 27, 2019: The United States is cooperating with the Government of Brazil to combat the fires in the Amazon by sending a team of U.S. wildfire experts to provide technical support to Brazilian fire investigators. On September 12-25, a team of specialists from USAID’s Office of U.S. Foreign Disaster Assistance (USAID/OFDA), with expertise in operations and investigations, visited Brazil to provide technical assistance team to Brazil’s investigations of the cause of the wildfires, at the request of the Brazilian government.  Chargé d’Affaires William Popp stated: “The United States is working closely with Brazilian experts to combat and minimize the harm of this year’s Amazon fires.”

The technical assistance team worked with various local wildfire response agencies from the Brazilian government, traveling to new fires in the Amazon as they are identified, and sharing the latest techniques and tools in wildland fire investigation and analysis to support Brazil’s ongoing response to the wildfires.

The U.S. government will continue to coordinate with the Brazilian government to identify additional forms of assistance that will directly serve to fight the fires in the Amazon.