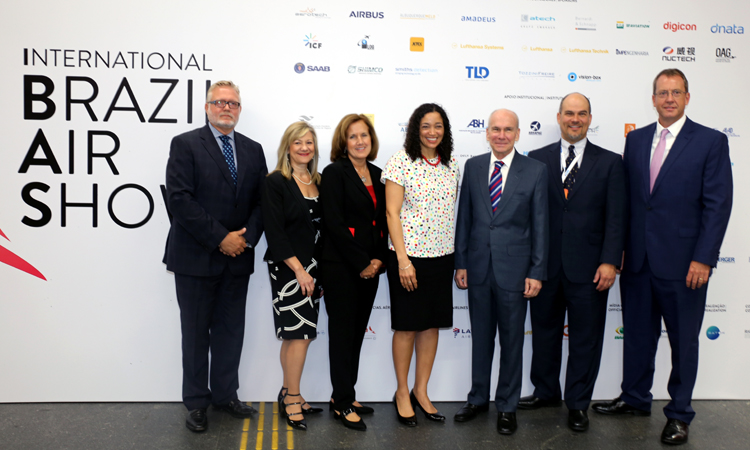 Addressing the conference, ADA Victoria Wassmer said that the United States is proud to participate in a partnership with Brazil which enhances bilateral cooperation on airports’ expansion, airspace management, aviation safety, and security.

Valor Econômico (one of Brazil’s most important media outlets on economy, finance, and business) published a piece on Ambassador McKinley’s remarks, including his support for the approval of the Open Skies Agreement between the United States and Brazil.

Panrotas  (Leading Brazilian source of information for the tourism sector) produced a piece on the Ambassador’s attendance at IBAS noting, “Ambassador McKinley highlighted the good relationship between Brazil and U.S. in the business.  Embraer has 2,500 workers in the U.S. and the first airplane Boeing sent to Brazil was in 1960.”